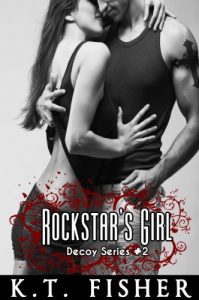 In Rockstar Daddy Jax and Kendal found each other again after four years and now that Jax knows about Finley he knows what he wants. Kendal has always been his and he will have Kendal back even if that means he has to fight for her in the middle of a nightclub.

Kendal knows that she loves Jax and after Jax told her he loved her she wants to tell him but she can’t. She doesn’t want to confuse Finley with everything but Jax is making it a little hard to ignore him.

Join Kendal and Jax to see if they can finally have their happiness inbetween the rock star lifestyle, paparazzi and ex partners.