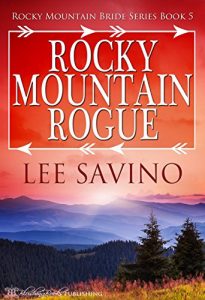 On her way to marry a man she’s never met, Susannah’s stagecoach is robbed by a tall, dark-haired outlaw. When she tries to stop him, her struggles only lead to a humiliating bare-bottom spanking at his hands. Eventually, he lets her go, but she can’t stop thinking of him, even dreaming about him right up to her wedding day.

In fact, her new groom looks a lot like the black-haired rogue…

Jesse Oberon Wilder made a bet with his brother that he could marry by summer. That gives him enough time to carry out his plan to destroy the man who’s threatened his family. But when his plans lead him to rob his mail order bride’s stagecoach, he realizes that not everything can be solved by riding a horse or shooting a gun.

Will Jesse’s plans of revenge cost him the woman of his dreams? Or can true love tame a rogue?

This stand-alone book is set in the 1860s Wild West and contains domestic discipline scenes, including over-the-knee spankings with a hand and a quirt.

The Rocky Mountain Bride Series follows the lives of mail order brides and the strong frontier men who take them in hand.