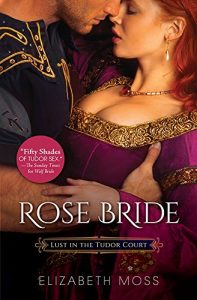 SHE’S FALLEN TOO FAR…
Margerie Croft yielded her virginity before her wedding night, and then fled King Henry VIII’s court, knowing she couldn’t marry a man she did not love. Now she is viewed as soiled goods, fit only for the role of a courtier’s plaything.

Virgil Elton has heard the wicked rumors, but something about Margerie calls to him. Drawn close despite himself, he invites her to help in his work to restore the king’s flagging health. But as he comes to know her, Virgil discovers beneath the layers of protective reserve a woman who is as intelligent and passionate as she is beautiful. He will stop at nothing to heal the damage the court has inflicted, even if it means falling himself…