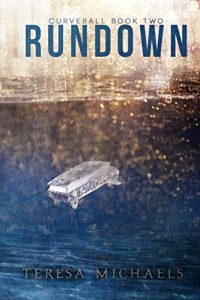 Breanne Sullivan never expected to find love again. Allowing herself to move on wasn’t easy, and now it may be too late. Determined to give herself a second chance, she will go to any lengths to prove her love to Drew. If only she could find him.

Desperate to numb his heartache in the wake of Breanne’s rejection, with something other than women and booze, Drew Scott packs his bags for the West Coast. Distance and a fresh start are just what he needs to heal the wounds caused by the only woman to ever captivate his heart.

But when the past and present collide in an unexpected way, Breanne and Drew quickly learn that things aren’t always what they seem. Caught between solving the mysteries that haunt them and getting the happily ever after they deserve, the two once again find themselves at the center of a deadly conspiracy that could destroy them both.

Answers come at a dangerous price. Sacrifices must be made in order to protect the ones they love. Can Breanne prove her love to Drew before its too late? Or will opposing forces interfere and destroy any chance of them having a future together?

*** This is the second book in a series and should not be read as a standalone. ***

Get Rundown (Curveball Book 2) by Teresa Michaels at Amazon