You are here: Home / Archives for award-winning 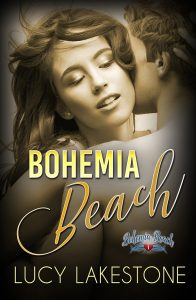 When Sloane arrives in beautiful Bohemia Beach to jump-start her artistic career, she doesn’t count on meeting wealthy, secretive Alex. Giving in to his hot pursuit leads to more than she bargained for. Can passion overcome the past? Sizzling beach romance and free standalone first novel in a series rich with drama, humor and lots of heat. 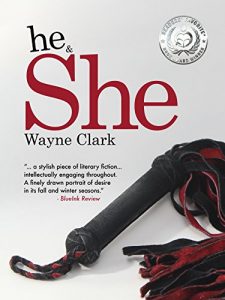 Growing numb to life, to his on-and-off girlfriend of many years, his career, even Scotch, a man turns fifty. He is a translator who can no longer dream of translating beautiful works of fiction. He is an amateur musician who can no longer dream of expressing his life on a higher plane, without words. As he glares inside himself he sees little but his declining sexuality, his crumbling hold on life, a growing list of failed relationships, and a darkening well of loneliness.

Stumbling upon an image on the Internet one night, he suddenly hears cell doors sliding open. He stares at a young woman, in profile, beautiful, unblinking, regal. Instinctively he knows that by lingering on that image he will shatter a relationship that has kept him on the sane side of loneliness as surely as if he stepped in front of a speeding eighteen-wheeler. But desperate to feel alive again before time runs out, he knows he must see the stranger behind the pixels on his laptop screen.

Get he & She by Wayne Clark at Amazon