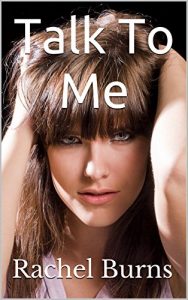 There is only one thing that means anything to the reserved billionaire investor Victor Armstrong, and that is his friends. They helped him through the rough patches in his life, and there isn’t anything he wouldn’t do for them.
One evening, he turns on his television and sees a program about authors who write books about adult spankings. Victor loves a good spanking book so he watches the show. There is also a doctor on the show who wrote a book proclaiming that spankings are men’s way of controlling women for their own selfish gain. She calls men lazy and says that men who spank their wives are abusers, and that their wives should get help before things escalate.
Victor’s three friends are in spanking relationships with their wives. They would never harm a hair on their wives’ head, but they would take them over their knees and spank them if they did something that could put them into harm’s way.
His phone rings, and he receives the bad news that the wives also watched the program on TV. They are worried that they might be in abusive relationships, and they have decided to take a break from their marriages to sort out their feelings. It looks as though the people Victor loves the most are heading for a divorce because of what some quack on a talk show said.
Someone ought to teach that doctor a lesson and make her clean up what she broke.
Victor is so mad that he drives to the doctor’s house to give her a piece of his mind. She doesn’t feel bad about what she did. In fact, she thinks it’s a great idea that the women have left their loving husbands to reevaluate their marriages.
Victor sees red and before he knows what he’s doing, he finds himself kidnapping the doctor to teach her what spankings are really about.

Dr. Alexandra Standish leads a double life. By day, she is a serious psychologist who works with patients who suffer from problems with their aggression. By night, she is Fanny Smacks, an author who writes steamy spanking books. She started writing while she was in college, and found that she couldn’t stop. No one knows about her secret skeleton in the closet.
When a sexy man stands in front of her door demanding that she fix what she broke, she tells herself that she has to act like a professional. She can’t let herself get lost in thought about his amazing body. Instead, she assures him that thinking about where a relationship stands is a good thing.
When he grabs hold of her and yanks her out go her apartment, she fears that she might be in over her head. He takes her to a modern house in the middle of the woods so she can fix what she broke. She’ll have to find a way to keep her two worlds apart so no one will find out about her secret identity. Knowing that she is Victor’s favorite spanking author makes everything more difficult, especially because he’s looking for her. Oddly enough Fanny Smacks disappeared around the same time as straight-laced Dr. Standish did.

Get Talk To Me by Rachel Burns at Amazon