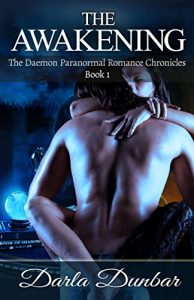 The Daemons have been around for thousands of years. With the passing of time, they have splintered off into specialized factions that possess unique powers and skills. Throughout history, they have waged wars, developed alliances, and broken truces. Now, they remain hidden from normal society. The Daemons believe that a new leader will arise to unite all the factions and end the infighting. Mounting tensions to find the new leader are causing the opposite effect and threaten to expose the existence of the Daemons to the entire world. This is their chronicle of romance, deception and sacrifice.

***Due to sexually graphic content and language that some may find offensive, this book is intended for mature readers only***

The stranger was telling her things about her life that she didn’t even know.

Phoebe can read minds but she was never able to read her back story. All her life, Phoebe thought she was an orphan when she actually wasn’t. That discovery came through Apollo, a handsome visitor of her fortune-telling shop. This ravishing hunk of a man was about to change Phoebe’s mediocre existence.

As it turned out, Phoebe’s mom is still alive but in a mental institution. As if that wasn’t shocking enough, Phoebe learned that she came from a family of daemons. But the most exciting part of all? Phoebe read Apollo’s mind and saw the two of them devouring each other in bed.

Apollo sought Phoebe for a reason: he needed her help in finding the elusive Qilin. Qilin is a daemon, just like them, who has to be sacrificed to attain unity among daemons.

Follow Apollo and Phoebe’s quest to find Qilin just as they find each other to love and make love with.