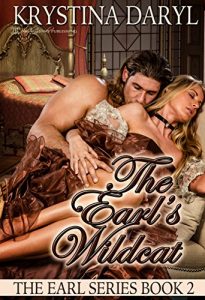 Born out of wedlock in the nineteenth century, Lydia Parker has nothing to rely upon but her own fiery will. In order to earn enough money to make a living, she creates two identities for herself: ‘Lloyd’, a young skinny man who visits different peasant establishments to hone ‘his’ gambling skills; and ‘Wildcat’, a seductive vixen and call girl who uses her charms to gain access to the gambling tables of wealthy men.

Lydia dares to push boundaries and take risks no other woman usually would in order to survive. The last experience she had with any sort of love was as a child. But when her half-sister, Lanie, is taken away, she vows never to trust or love again… until a noble earl enters her life. One she foolishly falls in love with.

When faced with the discovery of two young siblings she’s never met, Lydia has a hard decision to make. Can she force herself to break her own vow not to tarry with married men in order to save their lives? Will her false identities keep her safe as she enters the home of a woman with the intention of breaking apart her marriage? What happens when the very man who has stolen her heart turns out to be the same man whose life she has to ruin to save her innocent siblings?

Earl Nicolas Townson has met and loved many women in his life, but none were ever as intriguing as the one wearing a mask who calls herself, ‘Wildcat’. Their exchange across the poker table ended with a passionate dalliance in a dim hallway. Thoughts of the alluring woman refuse to leave his mind, and his best friend’s teasing are not the least bit amusing. He has never had difficulty in charming a woman into his bed. But, while he enjoys a tigress in his bed, he has no tolerance for manipulative, scheming women. When he discovers Lydia’s duplicity, he knows he has to make a choice. Will he toss her aside, or make it his life’s quest to tame the wildcat and make the little feline purr… even if he has to spank her bottom raw first?