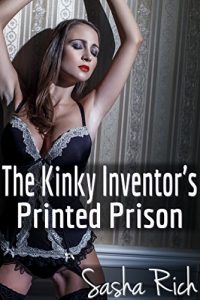 “Is it really a prison if you dream of being kept inside?”

Harry, BonDouleurs Manor’s brilliant and handsome inventor of cruel bondage devices, says his risky, expensive new invention will break fresh ground in the world of extreme restraint. The job of testing it falls on the woman he loves, Rebecca. Her insatiable, kinky desires have unexpectedly awakened similar cravings in her best friend, Leah, whose appetite for strict discipline will be tested in the Manor’s training program for new submissives.

Promising to make history, Harry has a night planned for Rebecca that will bring her the most explosive release she’s ever experienced. After ten days of denial and chastity, she’s ready to be dominated, used and humiliated by Harry in front of an excited audience. And he won’t quit until she’s fully satisfied.