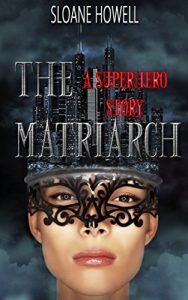 He stole my life. Now I’m going to take his.

My whole world changed in one day, with one decision that was out of my control.

The name sends a chill up my spine, and to this day I shudder at the mental image of his hideous face. I was his slave. Until I’d had enough.

I escaped and became a killing machine. I worked my ass off in college and made my first million before I was thirty.

But there were others. Others like me. Girls who had nobody to watch out for them—protect them.

During the day, I run a billion-dollar capital fund and make World’s Most Powerful Women lists. At night, I tempt evil men to their beds and send them to whatever god they pray to.

His emerald eyes send heat between my thighs and his boyish charm melts my sick, twisted heart. He’s as light as I am dark and as straightforward as I am deceptive. We shouldn’t work. We’re complete opposites. But we fit together perfectly. Maybe a f*cked up soul like mine does have a shot at a fairy tale romance with a happily ever after.

I have decisions to make. New villains show up threatening to burn my city to the ground. The people I care about most are put in harm’s way. Can I share my secrets with Cody? Will he still love me if he knows the real me?

Only one thing in my life is certain. Before I put evil bastards in the ground, they know who the f*ck I am . . .

My name is Maggie Madison, and I’m The Matriarch.

For mature readers, this book contains gratuitous sex and violence…

Fans of the dark feel of Jessica Jones and the gritty elements of Gotham will enjoy the story of a new superhero with a dark past.

There are some plot arcs left unresolved to set up book two, so this book does end in a cliffhanger but not without some resolution. For those with triggers, there are dark scenes where certain situations are implied but not described in detail. Thank you for reading.