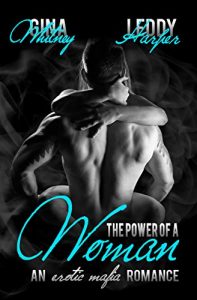 Growing up in a world spun with lies, secrets, and multiple sins, I learned how to use it to my advantage at a young age. My father never protected me from his dealings in the family—La Cosa Nostra. Being the daughter of a mob boss, you pick up a few things, one of which was how to assert dominance in order to survive.
I could do that with the best of them.
My role as a woman was to take care of the house in my mother’s absence—keeping my brother out of trouble, taking care of my father’s legitimate businesses, and showing control in the face of the public. I was a master of control, of manipulating men, of getting what I wanted.
And what I wanted was Stefan Giannotti.
Except, having him meant I had to relinquish control.

I did things I’m not proud of. I made choices that could’ve gotten me killed. But in the end, I did it all for the family, to prove you don’t need a prick between your legs to wield power.
My name is Jordana Albanese, and this is my story.
My story of imperfection, realism, and struggle. It’s not for the faintest of hearts. I had to suffer in order to learn, in order to let go an ounce of control, and if you can get through my torment, you’ll understand control is temporary. It’s surviving that offers lasting power.

Get The Power of a Woman by Gina Whitney, Leddy Harper at Amazon