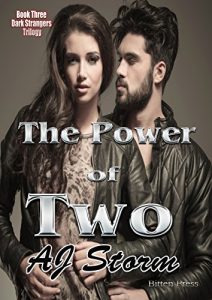 Jenna and Alec Adolphus were similar to any normal nineteen year olds facing adulthood. Except this brother and sister were far from normal. Their lineage was mixed…a father who was an alpha shifter and a human mother.
Days before his twentieth birthday, Alec had a vision of a murder. A shy and serious young man, this vision perplexed him and interfered with his life. His father was grooming him to take over the alpha leadership, and Alec found after the vision, he had trouble concentrating. It was hopeful a trip to their doctor might provide the answers they sought from the vision. But this doctor’s visit would open a door to the only love capable of keeping up with the young shifter.
His sister, Jenna, was outgoing, outspoken, and mischievously friendly. The exact image of her mother, she was breathtakingly beautiful down to her emerald green eyes and long bronze hair. Jenna felt being the daughter of the pack alpha kept the young male shifters from being interested, but she’d discover her special nature was inhibiting others.
She worked for her father’s best friend helping coordinate a conference promoting shifter/vampire alliances. Her father’s belief in species equality was also hers. She accepted an assignment to escort the son of a visiting council member. He was handsome, charming, and opened a door to her very first romance.
The twins had been totally devoted to each other since birth, but being the offspring of a mixed mating offered them a treasure chest of unusual gifts leading them in different directions. Disagreements caused distance to grow between them, leading Jenna to seek her own path and finding danger. The silence of one little red wolf helped her realize the importance of friends, family, and where true love actually exists.
Will Alec find his place in the pack? Can Jenna discover the truth behind the secret voice? Will they both find a love lasting a lifetime and satisfying their very existence?