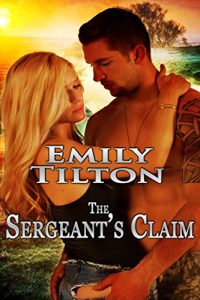 Upon reaching the age of eighteen, Jane was taken from her school and sent to a specialized facility where young women are prepared for marriage. She knows that her future husband will demand her complete submission, but she cannot help blushing crimson at the thought of belonging so completely to a man she has not yet met, let alone being shared by three men each seeking to prove himself the most adept at mastering her.

Under ordinary circumstances Sergeant Andrew Creston would not have the resources needed to marry, but his skill and courage in battle have won him the chance to compete for a bride. Over the course of several days, Andrew and two higher ranking officers will have the opportunity to demonstrate their ability to properly master a woman, and the man deemed to have dominated her most thoroughly will win the right to claim her as his wife.

Jane’s defiance when ordered to pleasure Andrew on the first night of the competition earns her a painful, embarrassing spanking from the handsome soldier, yet her body’s response to his dominance is unmistakable and she is left quivering with desire. But with two other men also going all out to prove themselves best suited to claim her, it will take much more than just a bare-bottom spanking for Andrew to make her his forever.

Get The Sergeant's Claim (Beyond the Institute: The Future of Correction Book 3) by Emily Tilton at Amazon
Get Audiobook