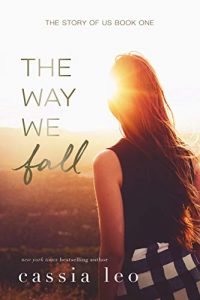 Five pages…
A letter holding a secret buried for more than five years…
A secret neither of them wanted to know.
Will the truth tear them apart… again?

Aurora “Rory” Charles has loved her best friend’s brother, Houston Cavanaugh, since she was eleven years old. But her friendship with Hallie Cavanaugh meant too much to her to risk taking a chance with Houston.

Until one snowy afternoon, Houston and Rory find themselves thrust together by the shock of Hallie’s death. Their grief will catapult them into a passionate and toxic relationship, which will test the boundaries of their loyalty to each other and to Hallie’s memory, ultimately, leaving them in ruins.

Five years after their messy breakup, Houston and Rory are forced to work together opening a new wine bar. Despite their tragic past, they find themselves once again drawn to each other, unable to deny their potent attraction.

But the secret of the letter hangs like a guillotine over their heads. And soon, Houston finds himself at a crossroads, once again choosing between the secret of Hallie’s letter and the only girl he’s ever truly loved.