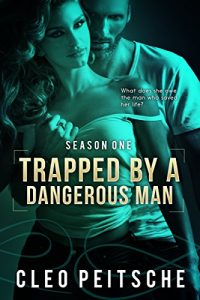 What does she owe to the man who saved her life?

Despite growing up a bounty hunter, being taken seriously is a constant struggle for 24-year-old Audrey Stroop. When she stumbles across information on Corbin Lagos, she recognizes the chance of a lifetime.

One blizzard and a car accident later, she wakes up in gorgeous Corbin’s bed. She doesn’t know how he’ll react if he discovers that the woman he rescued intends to haul him in. She also can’t fight her attraction to him.

He’s nothing like the men she typically seduces and discards. He’s dominant. He’s dangerous. And he’s going to explode her life into a million tiny pieces.