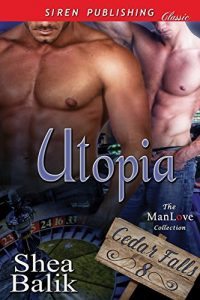 Get Utopia [Cedar Falls 8] by Shea Balik at Amazon