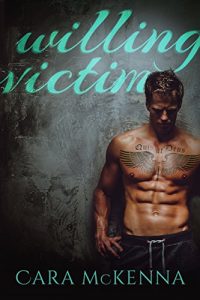 For the past couple years Laurel’s been coasting, hiding in the backseat while her life drifts off course. Then one summer afternoon a tall, built bruiser named Flynn strides in and steers her straight into an infatuation she never saw coming.

Flynn introduces Laurel to things she’s never imagined before—to the violent but exciting realm of the underground boxing circuit, to rough sex and even rougher role-playing, and to an attraction she craves even as it intimidates her. As Flynn invites her deeper into his world and his life, Laurel has to make a choice—let fear keep her holed up where it’s safe, or take a chance and fight for the man who makes her feel more alive than she’d dreamed possible.