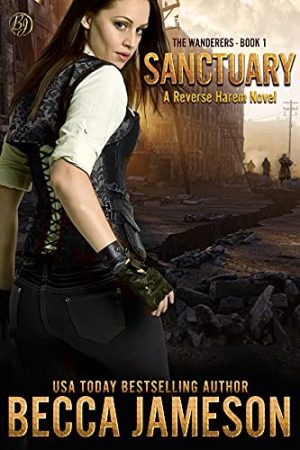 The world is no longer a safe place, especially for women. For several decades, the birth rate of females has been declining. Militants, the government, and private citizens alike will do anything to find young women and force them into unthinkable arrangements.

The Wanderers are a secret underground society, born to provide sanctuary for anyone who believes in free will and democratic notions. They have grown in numbers for many years and have several compounds where their citizens live in safety.

After living off the grid for all of her twenty-one years, Layla’s life has been uprooted after the murder of her parents. On the run with her nineteen-year-old sister, she’s hungry, scared, and running out of time. At her lowest moment of despair, she finally finds someone who can take them to The Wanderers.

Layla knows how to take care of herself. She can fight. She can forage for food. She has bad-ass survival skills. But she has never been this close to anyone outside of her immediate family, especially men. So many men. She’s aware of society’s inclination towards living with multiple partners, but is she ready to enter into a polyamorous relationship herself?

Jay, Gatlin, Ledger, and Nile have been living as a family unit with The Wanderers for years. When Layla shows up, they practically trip over one another in an effort to woo her. She’s young and sweet and kind and all that is good in the world. Pressuring her to choose them is strictly forbidden of course. They must be patient.

When Layla goes missing, her men will do anything to find her before she falls into the wrong hands. Losing her is not an option. They just got her. But is she really theirs?

Get Sanctuary (The Wanderers Book 1) by Becca Jameson at Amazon 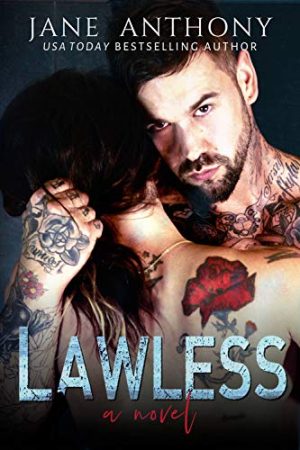 Hank Lawless was the best sex of my life — except I didn’t know his name. I acted on my impulses, toed the line between right and wrong, then gave in to my desire for the strange man at my door.

I don’t know why I did it. Perhaps it had been so long since I felt a man’s touch on my body. Or maybe it was the look in his eyes devouring my flesh, the feeling of being wanted instead of owned.

Now, five years after I forced him away, I find myself face to face with eyes that match my daughter’s.

But she’s not the only secret I’ve kept.

I’m a liar. A shattered woman hiding from her past, on the run from my ruthless husband. He’ll paint the town red with my blood if he finds me. Romantic entanglements are a dangerous risk I cannot take.

Hank was meant to be a one-time thing.

I never expected to see him again.

Get Lawless by Jane Anthony at Amazon 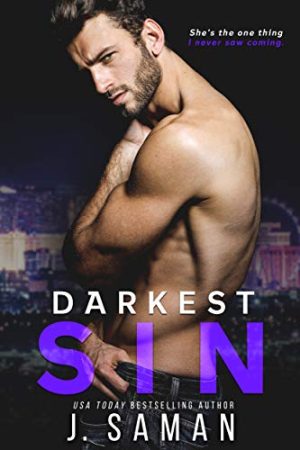 USA Today bestselling author J. Saman delivers a gritty, dark romantic suspense standalone about a woman running from her deadly ex and the sexy assassin sworn to protect her.

I can’t escape my ex.
After shooting me in the arm he told me to run or he’d kill everyone I ever loved. And then he’d kill me.
Years later, he’s made good on that promise. I’m the only one left. He’s got his sights set on finding me, and my options on places to hide are quickly running out.
Until I meet a gorgeous assassin with an agenda of his own…putting not only my life, but my heart in danger. With piercing green eyes and irresistible confidence, Gavin tells me not to be afraid. Promises he’s on my side. Swears he’s here to protect me instead of doing what he does best…kill.
The desire to trust him is tempting. The passion between us, even more so.
But when everything I thought I knew is suddenly flipped upside down, and all that’s dangerous and forbidden comes to light, I have to make a choice.
Continue to run and hide… Or risk it all, including the man who somehow captured my heart.

★★★★★ “Darkest Sin by J. Saman is an EPIC read that will join the ranks of the BIBLIO-ARISTOCRACY!!!” – Bookeverlasting

★★★★★ “Completely spell-binding and unputdownable, Darkest Sins is your next must read!” – SixChicksBooks Blog

Scroll up and one click this dark and tantalizing romantic suspense STANDALONE today! 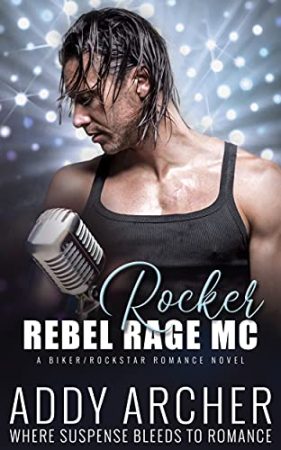 Notorious rockstar, guitarist, biker, Prez, heart-stealing bad boy. I fit many labels and have been called every name in the book by women who don’t get what they want; me. I couldn’t care less, I live by my own rules and take what I want.

Things take a spin when a woman doesn’t worship the ground I walk on but instead flat out refuses me. The rocker life isn’t for everyone, neither is the biker life; good thing I thrive in both worlds and won’t back down for anything or anyone. Especially when it involves an intriguing woman.

She might be on the run from a past filled with death and fear, but it holds no place in the future I have in mind for the both of us. If we still have one after the music fades, the lights come on, and the screams are silenced.

Get Rebel Rage MC Rocker by Addy Archer at Amazon 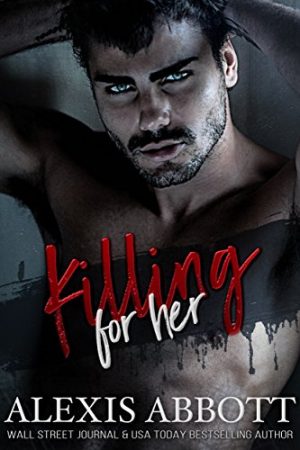 One kill is all it takes for her to be mine.

She’s just a pawn in the Bratva’s games.

An innocent prize, exchanged from one boss to another. Her perfect curves and that sparkling smile, she’d be deadly if she hadn’t been sheltered from her father’s wicked world.

Now she’s being thrust into it. A marriage to a man I know has a terrible temper and a cruel sense of torture. She deserves better. Better than him. Better than me.

But I never said I’d save her out of the goodness in my heart.

And I will claim her.

Even if it means the wrath of every family in Brighton Beach descends upon me.

Killing for Her is a standalone dark romance novel in the Hostages series from bestselling romance author Alexis Abbott! Safe from cheating.