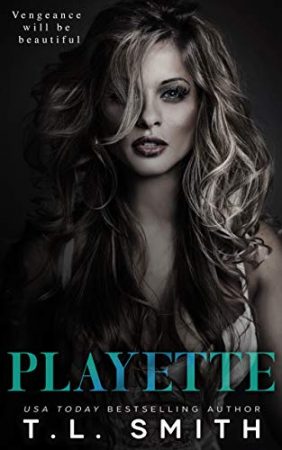 Vengeance has a name, and her name is mine.
My role is to take action against the darkest men I’ve ever come across.
To kill them one at a time.
Until my list is complete.
And in doing so, I’m going to use my most powerful weapon—my body.
They ruined my life, and now it’s my turn to destroy theirs.
Even if it means a death sentence for me, each drop of blood will be deserving.
Each kill will be worthy of the price I may need to pay.
My name is Isadora, and my target is the Moretti Mafia.

Get Playette by T.L. Smith at Amazon 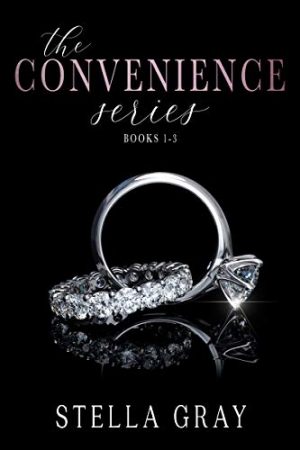 I thought I was trying out to be the Zoric’s newest model, but Luka was auditioning wives.

The last time I saw Luka Zoric, he left me stranded in his bed.
This time, I’m the one holding the cards.
He needs a bride, some good PR to redeem his playboy image.
All I need is a contract to set my plan in motion.
And a ring.

The sham arrangement fits right into my agenda.
I wasn’t expecting to feel something for my fake husband.
But maybe I’m getting sick of pretending.

Maybe I want to find something real.
And just maybe, Luka does too.

I hope so. Because if he finds out what I’ve done, this sham falls into shambles.
And I’m starting to think my heart will, too.

Get The Convenience Series: Books 1-3 by Stella Gray at Amazon 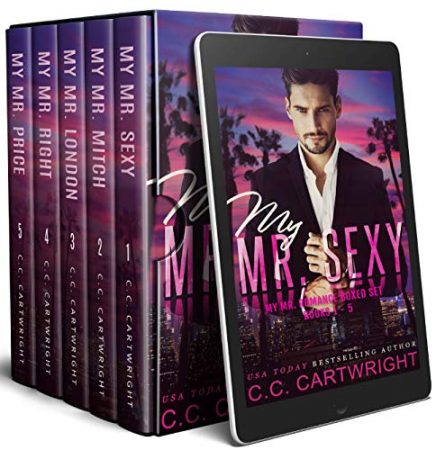 Escape into captivating romance with the My Mr. Romance boxed set.

C.C. Cartwright delivers swoon worthy romance filled with twists and turns to a heartwarming happily ever after.

Over 600 reviews on the individual books!

My Mr. Sexy – Get ready for a wild and sexy ride as Marissa struggles to choose between the two incredibly sexy men to satisfy her cravings for love. Her new job lands her in a consulting firm where she meets the sexy-as-sin Nick, the attraction is instantaneous, sparks fly! Then Marissa discovers that the ever so tempting Nick is off-limits and she knows she must walk away. When player Mitch comes into the picture, Marissa’s love life really heats up. Will he prove to be a satisfying distraction in this love triangle office romance?

My Mr. Mitch – Player Mitch Hamilton, practices law at one of the most prestigious law firms in the country. He only does ‘casual’ when it comes to the bevy of women in his life, until the smart and alluring Christy Carlisle, a new law associate catches his eye and they have to work long hours together. Will Mitch and Christy surrender to their passion for each other and find their own happily ever after?

My Mr. London – Julia’s just an American girl looking for adventure in London while on a six month job assignment. She didn’t expect to be mesmerized by the sinfully sexy British bad boy package up on stage. Ritchie is the lead singer for Belgravia Underground and he sets his sights on her, all he can be is British Bay Boy trouble, but maybe that’s exactly what she needs. Sinfully hot and sweet Rockstar Romance.

My Mr. Right – Chloe joins her best friend Julia in her own “London Adventure”. Chloe loses all of her inhibitions with the sexy Johnny Price, bassist for Belgravia Underground. But a habit of his threatens to break them apart. When Julia’s boss, the successful serial seducer Tate meets Chloe, he’s determined to have her, but he’s built walls around his heart. Will the carefree, beautiful and sexy Chloe break down those walls and be Tate’s undoing?

My Mr. Price – In this enemies-to-lovers romance Bethany has rules, one night and one night only. She’s learned the hard way, the people you love, can break your heart. But she gives in to one night of unbridled passion, with the British Bad Boy, Johnny Price. But once is not enough for Johnny, he’s determined to break Bethany’s rule. 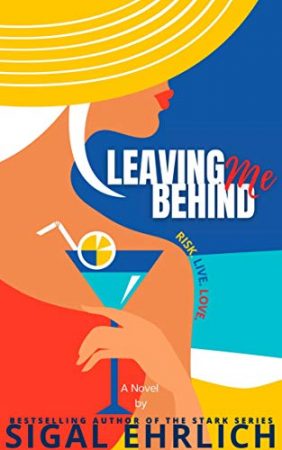 A full-length, sexy standalone romance from the bestselling author of the Stark series.

When Liv steps off the plane in Serenidad, Spain, she has only one goal in mind – a fresh start. As she settles into her cozy beach house, the exotic coastal town proves to be just what she’s looking for.

When a younger and impossibly attractive stranger starts pursuing her, Liv decides that adding a little heat to her new adventure isn’t a bad idea as long as there aren’t any expectations. Liv lets herself be swept into one memorable night…and then another.

Slipping effortlessly into her new life, Liv spends her days exploring the charming village, starts cooking classes, and enjoying lively conversations with her new group of friends. Her nights are spent giving in, just “one last time,” to her Spanish lover.
It’s exciting, it’s passionate, and most importantly- it’s temporary. At least, that’s what
she thinks.
He has something different in mind.

Great friendships, luscious food, and a swoon-worthy, passionate romance, Leaving Me Behind is a story of finding yourself and living life to the fullest.

Get Leaving Me Behind by Sigal Ehrlich at Amazon 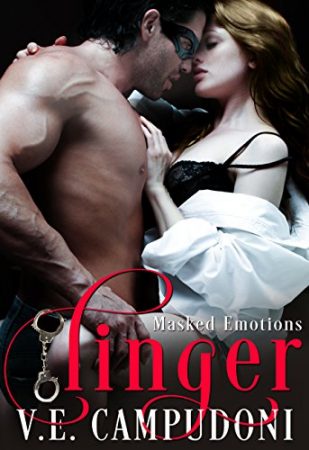 It all started with a contract signed by her, and then by him, the top Dom at an upscale club known as The Looking Glass. She was barely an adult when she met him, and she had no business being there, but she was mesmerized by the man in the mask, though ill prepared for his demands. There is no line he will not cross.

But don’t ever make the mistake of crossing him. Ask the men who raped his sister. They know. Don’t raise a hand to the woman he loves. You will pay… with your body, your money, and your life. And if you think you can double cross him, think twice. He’s harsh with his enemies, and the Mafia is watching… and waiting… for a signal from him.

He is King of The Looking Glass and Grand Master of the Master’s Society, and it seems everyone is trying to take him down.

Be prepared to be aroused beyond your wildest imaginations! The Masked Emotions series is a dark romance, a love story with strong sexual themes, dark Mafia activities, and so much more.

Excerpt:
He was sexy and dominating with hands that made her grip his arms and toss her head back. His intense smile told her everything she needed to know. She was his for as long as he wanted her.

“Turn around and face me,” he spoke as he gently pulled on the leash he had made specially for her.

She was hesitant and nervous. The black leather strap was tied tightly across her eyes as she tried to maneuver her long amber hair away from her ear. She felt another pull coming from the collar around her neck, but this time there was much more force.

“I said turn around!” his voice was sterner and yet somewhat familiar.

“Yes, what?” he growled, pulling on the leash again.

She felt exposed, and she could feel his eyes piercing through her, examining her body. She instinctively tried to cover herself.

Get Linger (Masked Emotions Book 1) by V.E. Campudoni at Amazon