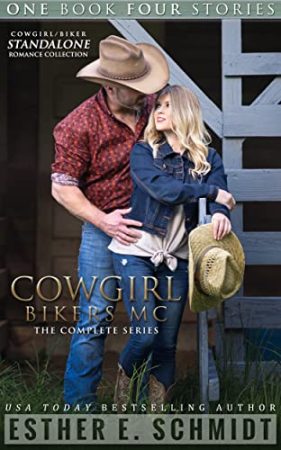 This boxed set contains the complete Cowgirl Bikers MC series. The Valorous Sally all-female motorcycle club is located at a huge ranch which breeds horses and other livestock. These women are not pretending to be bikers or clueless on how keep the ranch afloat; they are strong women who fight hard for what they want and those they hold dear. Life is never easy, a future never granted, and love never guaranteed.

Hudsyn & Ezra:
Being a nomad fits my state of mind until the perfect woman jumps right into my welcoming arms. She might not realize it, but I considered her mine right then and there. All I need to do now is win her feisty heart by showing her I’m fully committed. To give her the support she needs, even if she’s in the middle of choices involving life and death.

Medley & Ivar:
Being wealthy doesn’t mean you have everything your heart desires; family is important and the reason why I want my half-sister to come live in the city me. When I arrive at the ranch to bring her home I’m confronted with Medley, a feisty woman who stands up for my half-sister and puts me in my place. Medley is captivating, loyal, and family driven; willing to do anything to keep her sisters safe. Claiming this woman as mine is easy, getting her to acknowledge my claim is taking one step at a time. Especially when she’s focused on keeping the members of her MC safe and whole.

Ramona & Perry:
Everyone has scars, either on the outside for all to see or the ones tormenting you each and every day and prevent you from moving forward in life. The woman I’ve been texting with for months suffers from scars inflicted by someone she trusted; similar to what happened to me. It’s why we make a pact to overcome our issues. Until her past collides with our future, throwing all our lives in danger.

Cassia & Calvin:
I’ve been keeping her at arm’s length, trying to focus on my new job as the sheriff of this town while raising my son. She’s everything I want in a woman, but my son is top priority right now. Priorities shift when my son’s past comes back to threaten all of our lives. I grab hold of what matters most; my son and the woman who completes our future.

Each book in the Cowgirl Bikers MC series is a standalone novella featuring a new couple and can be read together or separately. Includes: Love at first sight. Off the charts chemistry. HEA. And each story will leave you wanting more cowgirl bikers!

Get Cowgirl Bikers MC: The Complete Series by Esther E. Schmidt at Amazon 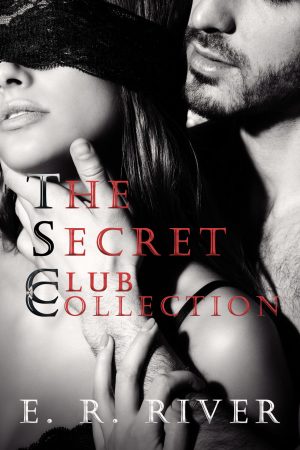 About The Secret Club Collection:

Enter the four erotic nightclubs and experience sensual play, hot, dominant men, and passion so fiery that will set your body on fire.
The Secret Club—Book #1
A terrible birthday and an unusual gift from a well-meaning friend – what can be more fun than that? Enter The Secret Club and experience Sonia and Tavi’s story.
The Black Belt—Book #2
A night of passion between two strangers. Mary Sullivan saw Mark James across the room and knew they would spend the night having hot, dirty sex. As the two lovers discover each other’s limits, sparks ignite and bodies collide in a dance neither could forget.
Triple T—Taste, temptation, toys—Book #3
Sometimes life gives you what you’re looking for in the most unexpected places. Tara finds that visiting a sex shop owned by a hot, dominant man can turn into a scorching hot experience.
The Office-R Club—Book #4
What goes around comes around. Tara finds out that Karma has a wicked sense of humor when her best friend, Sonia, decides it’s time for payback and arranges a special birthday gift involving a very naughty officer.

END_OF_DOCUMENT_TOKEN_TO_BE_REPLACED 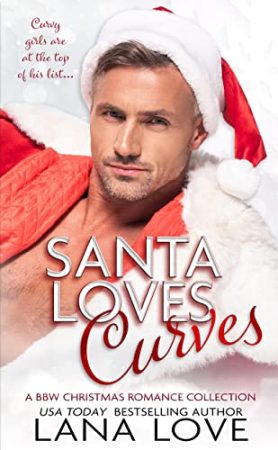 All sweet, all HEA, all safe. No love triangles, no ex drama. Just three sweet and steamy Christmas love stories. Are you standing under the mistletoe? Because Santa is waiting for you! 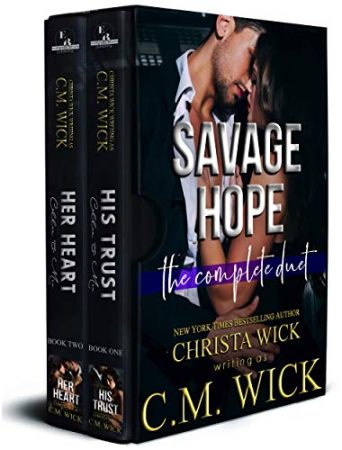 BOOK ONE: HIS TRUST

He thinks I’m a corporate spy.
Me—plump, boring Mia James. Yes, I omitted an advanced degree on my resume, but being overqualified to be able to pay rent wasn’t how I was going to start my newly single (okay, newly dumped) life.

Do I regret doing it? Seeing as how I got a junior secretary position in my field, for the private military company run by billionaire badass CEO Collin Stark no less, I’m going to go with ‘no.’ No regrets here. Which is what I basically tell Mr. Stark when he starts questioning my motives.

Did I mention he’s an ex-Army interrogator? Or that he’s too intense to put into words? While it’s obvious he doesn’t trust me, that’s probably a good thing. Because something tells me if that hot, hardened man were to ever fully trust a woman, his intensity level over her would be…off the charts.

She thinks I haven’t noticed her all this time. Hell, I’d have to be missing both a brain and functioning balls to overlook the quietly enigmatic woman who’s clearly too smart and skilled to be working in any entry-level capacity for me.

I don’t want to believe Mia’s capable of corporate espionage. But given the evidence, it’s hard to think otherwise. Not that I seem to be capable of a whole lot of rational thought when I’m around her. She’s my own curves-for-days kryptonite—which just makes her that much more dangerous.

Is it possible my enemies planted a woman in my company to seduce me (in the most awkwardly tempting way possible)? In the past, I would’ve said no way in hell. But after getting a taste of just how hot Mia can burn, I’m starting to see it’s definitely possible…and damn worth it, either way.

I refuse to break. I can’t say that I’ve been through worse, but I still believe I’ll survive this. I’m not going to crumble at the seams. If I do, Collin’s enemies will have won. And everything we’ve both lost would have been for nothing.

I know it seems crazy to return to my old life and try to get a fresh start in a place with more bad memories than good, courtesy of my crook of a stepfather. But it’s all I have. And all I need. At least that’s what I keep telling myself.

…Until Collin bursts back into my life.

I refuse to let Mia suffer. I may know jack about healing—vengeance seems to be all I’m capable of right now—but that doesn’t mean I can’t protect her from more pain. God knows my world has caused her enough of that to last a lifetime.

I understand her need to start a new life. Hell, I even want that for her…even though I’m sure it’ll end up killing me and decimating my hopeless heart for good. But I’ll do anything for her. Even this. At least that’s what I keep telling myself.

…Until I almost lose her all over again.

NOTE: While this is the Collin Stark (CEO of Stark International) mentioned throughout the Savage Trust series, the events of his story actually take place prior to Wrecked, Scarred, and Frayed.

Previously published as Smoke & Curves, Books 1, 2, and 3 (c) 2013, and previously part of the Undeniably His bundled collection (c) 2013, revised throughout with freshly added content, changed/different story scenes, and a new extended ending. 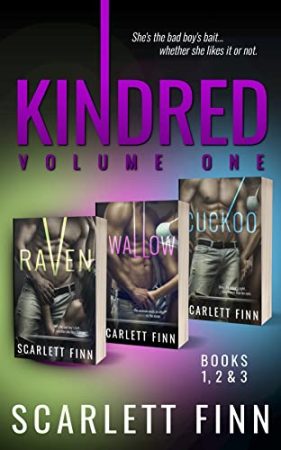 Raven
He’s mysterious and alluring,
Dominant and powerful.
He keeps her grounded,
And lets her fly.

After a date ends in disaster, Zara Bandini is drawn into a conspiracy of dark lies and hidden motives. Bidding farewell to blissful ignorance, she must betray those who trust her to prevent evil from murdering innocent civilians.

Raven guides her, shields her, and seduces her… Now Zara has to protect her heart while saving the world.

Warning: Contains explicit language and imagery. Suitable only for ages 18 and over.

Raven is an antihero bad boy dark romance with a sassy heroine and off the charts chemistry. The contemporary MF tale of a dirty talking assassin and small-town city girl is the first of a bingeworthy romantic suspense series. The Kindred books are for adults only. They contain explicit scenes of hot, racy intimacy and deal with betrayal, deception, and secrecy. If you like a possessive, protective alpha hero and badass heroines, check this series out… if you dare!

The series is complete and all books are currently available.

Also included in this volume:

Swallow
She’s strong and dedicated,
Committed and selfless.
She needs her touchstone,
But Raven’s not the same.

Cuckoo
She’s shrewd and unforgiving,
Focused on her own agenda.
Her motives are selfish,
And she always gets her man.

Get Kindred: Volume One by Scarlett Finn at Amazon