You are here: Home / Archives for Genre / Historic Victorian 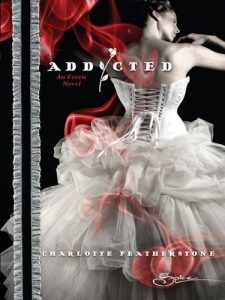 Friends since childhood, Anais Darnby and Lindsay Markham have long harbored a secret passion for one another. When they finally confess their love, their future together seems assured, sealed with their searing embrace.

But when a debauched Lindsay is seduced by a scheming socialite, a devastated Anais seeks refuge in another man’s bed while Lindsay retreats to the exotic East. There, he is seduced again—this time by the alluring red smoke and sinister beauty of opium.

Back home, Lindsay’s addiction is fed by the vogue for all things Oriental—especially its sensual pleasures—in fashionable London society. In his lucid moments, Lindsay still lusts after Anais, who can neither allow him near nor forget his smoldering touch. Tortured by two obsessions—opium and Anais—Lindsay must ultimately decide which is the one he truly cannot live without.

Get Addicted by Charlotte Featherstone at Amazon
Get Audiobook 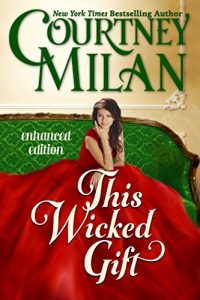 Lavinia Spencer is too poor to be anything but practical. But when her younger brother lands himself in trouble, she has no choice but to do the unthinkable. She accepts the help of the dishonorable man that she’s always wanted, even knowing that it might mean her ruination…

This historical romance novella is an enhanced ebook. The unenhanced text was originally published in the anthology “The Heart of Christmas.” This work contains pictures, audio, and author commentary. You can read this enhanced ebook on any device, but the audio content may not be accessible on all ereaders. That content has been made available on the web, so you won’t miss anything if your device doesn’t support audio. 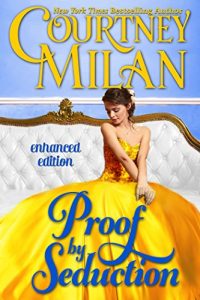 It’s not easy for a woman with neither money nor family to make her own way in the world, but as one of London’s premier fortune-tellers, Jenny Keeble has managed precisely that. All she has to do is smile sweetly, listen carefully, and tell her clients precisely what they want to hear. It works…until Gareth Carhart, the scientifically-minded Marquess of Blakely, decides to prove that she’s a fraud.

At first, all Gareth wants is to free his gullible cousin from Jenny’s clutches. But he discovers that she’s clever, spirited, beautiful, and not at all the conniving liar that he initially imagined. Still, there’s nothing logical about his attraction to her, and so he refuses to give in to it. He’s vowed to ruin her, so he will–even if he has to break his own heart in the process.

This is an enhanced ebook. In addition to the text of the book itself, it contains pictures, audio, and author commentary. You can read this enhanced ebook on any device, but the audio content may not be accessible on all ereaders. That content has been made available on the web, so you won’t miss anything if your device doesn’t support audio.

Proof by Seduction is the first full-length book in the Carhart series. 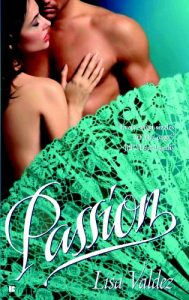 Young widow Passion Dare thought she’d never love again. But a handsome earl has been pursuing her—and after a lifetime of propriety, Passion ponders throwing caution to the wind. After several heady encounters, the pair must face blackmail, learn a shocking truth-and choose between duty and desire.

Get Passion (A Passion Novel) by Lisa Valdez at Amazon 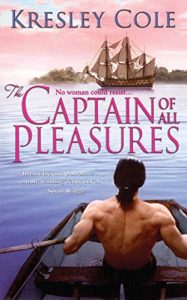 In her exhilarating debut novel, Kresley Cole captures the drama, passion, and boundless adventure of the high seas — as one fiery lass finds herself caught in a tide of torrid romance.

Raised as a free spirit aboard her American sea captain father’s majestic clipper ship, willful Nicole Lassiter has never encountered an obstacle she couldn’t overcome — until she meets Captain Derek Sutherland. His sizzling kisses leave her longing, but after they share a night of passion, his subsequent disdain makes her blood boil. Nicole vows to take her revenge — by helping her father beat Sutherland in a high-stakes competition: the Great Circle Race from England to Australia.
Nicole’s scheme is thrown overboard after her father is wrongly imprisoned, yet she remains undaunted — taking to the high seas with her father’s ship. But a storm wrecks her plans, and she finds herself a virtual prisoner aboard Sutherland’s vessel. And while her mind tells her she should escape, her body urges her to surrender…