You are here: Home / Archives for Genre / Thriller 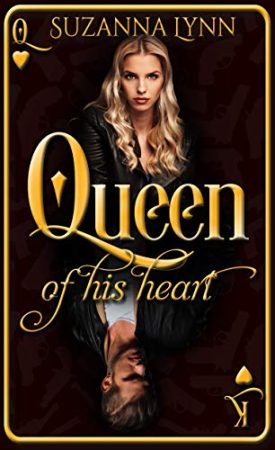 When you play your cards, always have a Queen in your hand!

Officer Samantha Daniels has been given a dangerous mission; go undercover to get close to criminal mastermind, Dominic Murphy. However, becoming one of the king pin’s family isn’t as simple as introducing yourself with a basket of muffins.

Samantha must keep it together as she dives into her dark side, all while undergoing a terrible ignition that could take her life. However, torture can turn anyone’s mind to mush, and she discovers a whole new side of herself as she slowly gives into Dominic and his murderous tendencies.

Add a dash of insanity and a touch of Stockholm Syndrome, and you have a romance made of inner demons and blood.

PLEASE NOTE: This story contains mature themes and sexual situations. It is intended for adult readers. 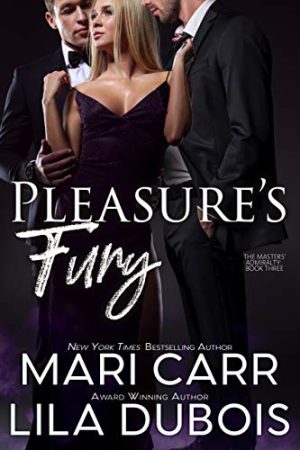 Pleasure’s Fury is standalone book in the Masters’ Admiralty series.

While on the trail of a madman, Antonio Starabba finds something unexpected—the killer’s next victims, tortured, in pain, but alive. Leila and Karl are both members of The Masters’ Admiralty, the same powerful secret society Antonio is sworn to defend as a security officer—aka assassin.

Rescuing them means letting the killer escape, and once they’re safe, Antonio is overcome with a deep need to protect them, and takes them to one of his family’s villas to rest and recover.

As the weeks pass feelings develop between the three of them, but there’s a problem. The killer is still out there, eluding capture, and he’s made it clear that his next victims will be Leila, Karl…and Antonio. 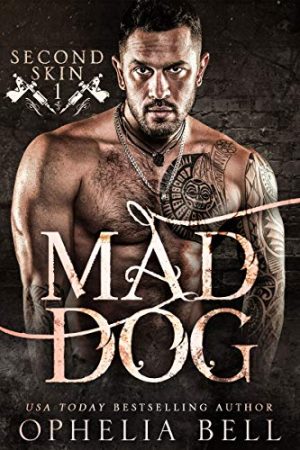 The last time I saw Maddox “Mad Dog” Santos was the day my cartel boss father had his favorite thug beat him into submission for daring to touch me. That was more than a decade ago. Now he’s back from the military, dark and damaged and sexier than he has any right to be, doing tattoos for the local criminal underground. We could have a second chance, but I know I should stay away, for his sake, and my own sanity.

Except I have this habit of wanting to get close to men I shouldn’t. Men like Mad Dog Santos. And men like Leo Reyes.

Leo is just my bodyguard, but when he steps in front of a bullet to save my life, everything changes. Mad Dog comes to our rescue, and when the two of them are together, I see the way Mad Dog looks at Leo. It’s the same way they both look at me.

My proposal is simple: Leo can have me however he wants, but he has to submit to Mad Dog first. Admitting these dark desires to each other just as dangerous as the criminal business we’re in, but I need to close this little love triangle before it kills us. 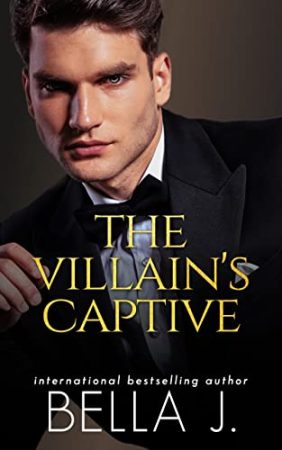 From International Bestselling Author Bella J comes a stalker, enemies to lovers and dark mafia romance with twists you won’t see coming.
Elijah – a man who bathed in darkness and basked in sin.

I’m the one they all fear.
The one they whisper about.
A faceless ghost.

My hands are coated with the blood of my victims. I’ve never missed a target, and I always deliver. I’m the Grim Reaper of the Cosa Nostra.

Then there’s her. The cellist whose music soothes the malignance of my existence.
For years I’ve lurked in the shadows watching her play.
Waiting. Anticipating the day I’ll come for her.

Her innocence tempts me. My blackened heart craves to ruin it, to smother her light with my darkness.

She’s the nucleus of my obsession… and my next victim. 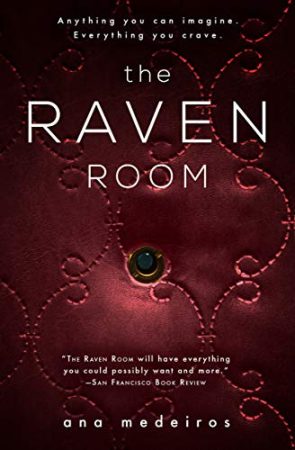 Anything you can imagine. Everything you crave. For the members of The Raven Room, it’s every fantasy fulfilled. But for some, that desire is a matter of life and death.

Drawn by a need he cannot control, Julian ventures to The Raven Room, a secret and exclusive sex club in the underbelly of Chicago. It goes beyond sex. It goes beyond kink. The Raven Room is the only place where Julian finds release from the dangerous urges that threaten to destroy the successful life he’s worked so hard to build.

Meredith’s body can’t get enough of Julian. He has opened her sexual horizons to tempting new possibilities. But out of bed she’s an aspiring journalist, and The Raven Room is the story she’s been looking for. By writing an exposé on the club and its elite clientele, she plans to launch her career.