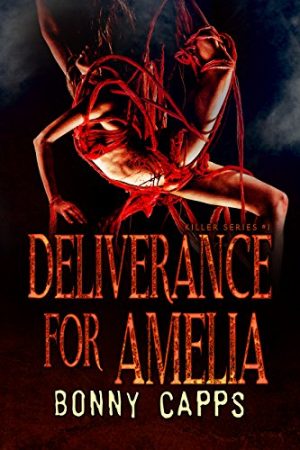 What would you do if the devil held you captive? Would you fight or play along with his wicked games?

WARNING: THIS IS A DARK NOVEL. IT IS NOT INTENDED FOR THE FAINT OF HEART. THERE ARE SCENES WITH EXTREME HORROR AND BRUTAL TREATMENT AS WELL AS ABUSE. THIS BOOK IS INTENDED FOR THOSE 18 YEARS OR OLDER DUE TO ITS GRAPHIC NATURE. THERE ARE SCENES WHICH INCLUDE CONSENSUAL AND NON-CONSENSUAL SEX. IF YOU HAVE TRIGGERS, IT IS NOT RECOMMENDED THAT YOU READ THIS NOVEL. READ AT YOUR OWN RISK.

My entire life I’ve lived in my father’s shadow. As the Mayor’s daughter, I’m expected to maintain a pristine reputation. Everything must be perfect. My days of tutors and piano lessons may be behind me, but the need to be my father’s perfect daughter still rings true.

However, I’m in college now – so why not have a little fun? It started out that way, anyway. When I decided to go to a party with my new friend Meg, I thought my college days were just beginning. My boring little life was finally getting the shake up that it desperately needed. Little did I know, I would become the captive of the devil himself.

He says that I’m his. He calls himself my master.

Well, well – Mr. Mayor couldn’t pay up. I can’t say that I’m surprised. The greedy bastard is more concerned about pocketing all that money masked as charity rather than paying his debts.

I’m not a debt that you want to forget. I did, after all, kill that poor journalist that was putting his nose where it didn’t belong. Not saying that I minded – no, not one bit. It’s a high. Watching them writhe in pain, their bodies seizing up as every last drop of hope is drained from their wide eyes. I live for it – the thrill of killing. Not to mention it keeps my wallet nice and plump. My clients know when they say they’ll pay – they better pay. Otherwise, I take what I want from them. In most cases, the result is their own blood on my hands. Not this time though.

This time I wanted her, and I always get what I want. 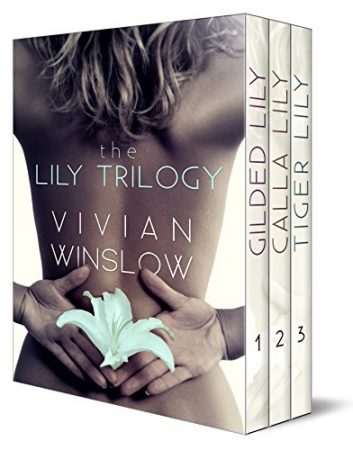 “. . . perfect read if you are looking for something short, fun, hot, and steamy. I have enjoyed the Gilded Flower series and I am hooked.” – Book Happiness

Gilded Lily (Book 1)- After catching her fiancé Jack in bed with her sister the day before her wedding, New York socialite Lily Baron escapes to Rio, her honeymoon destination—alone. There, Marcelo, the dark and sexy hotel masseur, releases a heated passion Lily had never experienced with Jack. When Lily meets handsome and powerful Brazillionaire Gustavo de Lima, she can hardly resist him. There’s just one problem. He’s married. In this uber-sensual city, will Lily’s reluctance to be with a married man, in light of her own fiancé’s betrayal, give way to her burning desire for Gustavo?

Calla Lily (Book 2) – Having experienced a profound personal and sexual awakening during her solo honeymoon to Brazil, New York socialite Lily Baron rushes back to New York upon hearing the news that her father has fallen ill. Now, Lily must take the helm of the Baron Media empire and fend off a high-stakes hostile takeover attempt. With the fate of the company hanging in the balance, will Lily be able to resist the advances of the luring, unwanted suitor in the boardroom as well as the bedroom? Things get steamy in this highly anticipated sequel to Gilded Lily.

Tiger Lily (Book 3) – Weary from battling a hostile takeover attempt of her family’s company, Lily seeks a distraction in Todd, an erstwhile bartender with a large trust fund and magical tongue. Meanwhile, a connection seems to be developing between Lily and Alejandro, a wealthy and gorgeous Cuban-American, whose brother, Rodrigo, is dating Lily’s twin sister, Dahlia. When Alejandro unexpectedly rebuffs Lily one night, she is deeply dismayed. But, after seeing Alejandro’s picture with a gorgeous Latina model in the gossip pages, Lily thinks it wasn’t just a misunderstanding. When the sisters and brothers reunite in Aspen for a ski weekend, will Lily’s heart remain frozen or will the fire between her and Alejandro rekindle and melt away the ice? 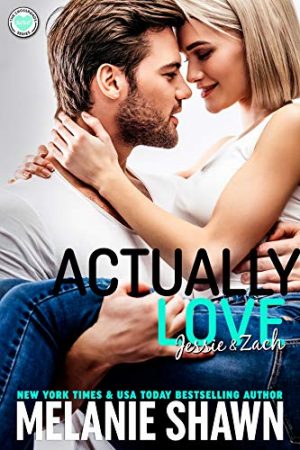 Stand-alone Crossroads romance, complete with HEA—and plenty of heat and heart along the way!

Real or fake. As VP of public relations for SPC, the beautiful and talented Jessie Sloan knew the difference. The order and control she had in her life was real. Love was fake and she didn’t have time for fake.

Win or lose. Sexy, sculpted boxing champ Zach Courtland has had his share of losses in life, but inside the ring, he knew nothing but wins. He was used to taking and landing punches, but little did he know that he was about to get the knock-out of his life.

After circumstances beyond their control, and nosy landlords, force these two strangers to live together they become fake boyfriend and girlfriend and real roommates. Will Jessie and Zach still know the difference between real and fake, winning and losing? Or will they surrender to the idea that this may be…Actually Love. 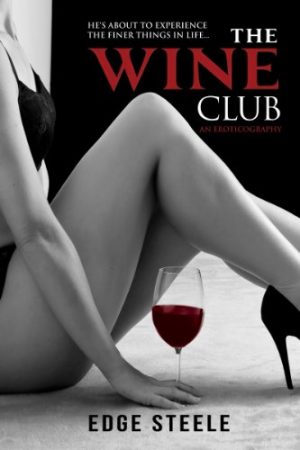 Fate can be a playful and seductive bitch as Edge Steele is about to find out. For the first time in his angry and spiteful life Edge is no match for the seductive Captain Athena, outsmarted, outmaneuvered and completely overwhelmed, his life is in her hands. A momentary lapse in judgement will bring Edge’s guarded and structured world to its knees as he is forced to submit to the whims of relentless and powerful woman. A stranger just mere moments before she now rules his world with an uncompromising iron fist. Toying with his life, tormenting and shaming him into ever more degrading and humbling situations until he is completely her property
The Wine Club has been listed at #1 in Erotica in the U.S., U.K., Australia, Canada and #2 in Germany.
The Wine Club was listed as the winner of the Erotica Genre in the 2016 NIEA book awards contest.

Get The Wine Club by Edge Steele at Amazon 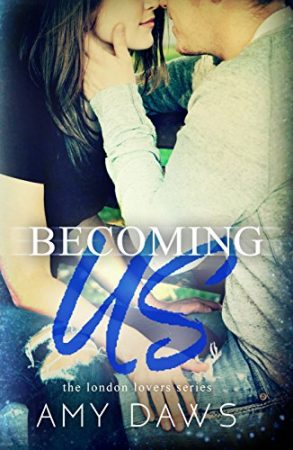 ~The college prequel to the London Lovers Series~

The dreaded friend-zone…
The last place Finley ever want to be with college basketball God, Jake LaShae. She is losing her mind trying to figure out what this guy wants from her. Between their late night phone calls, cuddle sessions and him showing up at parties, causing a scene, his mixed signals are giving her whip lash.

When a mind-blowing betrayal knocks the wind out of Finley and she thinks she can’t feel any lower, Brody stumbles into her path—barefoot and charmingly sexy.

This boy next door is a breath of fresh air. And he’s not shooting her any mixed signals.

But even he has a past. A past that makes him anything but perfect.

When Finley begins to think she’s found the one in Brody, will Jake try to make one final play and ruin the game for everyone?