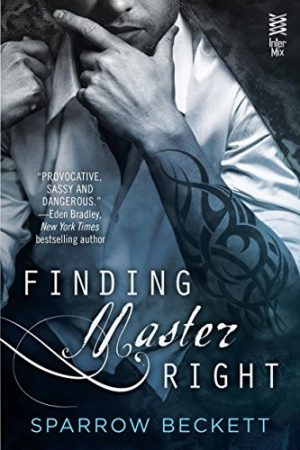 Dominant, crop-wielding men are all Kate dreams about, but how far is she willing to go?

Kate wants a man who will take charge—she just needs to find the right guy. Fortunately, her friend is throwing a kinky Halloween party with a guest list loaded with sexy, available men. That’s where she meets Banner.

Dark and intense, Banner’s not just a Dominant, he’s a Master looking for a slave. Kate isn’t interested in something that extreme, but when he offers to help her find the perfect Dom, while training her to be a flawless submissive, she’s glad to have a matchmaker and protector.

Banner knows they’re not compatible, yet something about Kate is impossible to resist. Once he finds her the right Dom, will he be able let her go? 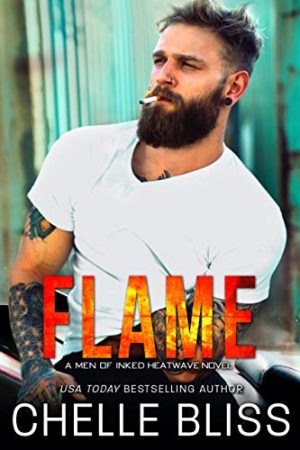 Could you love a man surrounded by danger?

Gigi Gallo’s childhood was filled with the roar of a motorcycle and the hum of a tattoo gun. Fresh out of college, she’s about to start working at her family’s tattoo studio — Inked. But when she showed up the first day, she never expected to run into someone tall, dark, and totally sexy from her not-so-innocent past.

Pike Moore is a bossy biker with a cocky attitude and an even bigger ego. He came to Inked to start over. New town. New job. New roots. None of that included coming face-to-face with the hot chick who spent a week in his bed before she vanished without a trace.

But when Pike’s dark family history catches up with him, can he stop Gigi from being caught in the crossfire?

Get Flame (Men of Inked: Heatwave Book 1) by Chelle Bliss at Amazon
Get Audiobook

A submissive having wild fantasies and a Master clash in a battle of wills.

June Chandler knows what she wants. At least, she thinks she does. But even in the BDSM clubs she frequented, the members avoided her because of her dangerous desires. When her new co-worker, Tara Lesley, brings her to a new club, her pipe dream is a step closer to becoming a reality.
Master Chief is not looking for a permanent submissive. He knows his gigantic body and deep voice frightens most of the women. Resigned to his fate of being alone, he is surprised by the naughty submissive Tara brings to the club. Her fantasies are wild and the need to protect her from herself rises in Master Chief with a passion he never felt before.

Can they compromise and enjoy their time together, or will they crash and burn in a battle of wills?

For joining the author’s email/newsletter list you will get:
The Secret Club – Erotica novelette #1 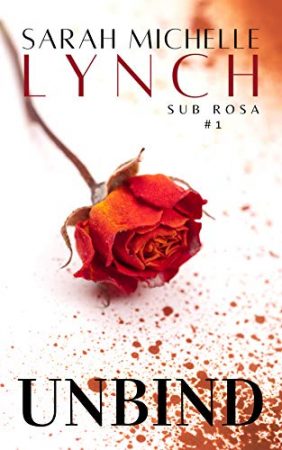 We should chase away from what we’re scared of, right? Run as fast as we can. Yet some of us seem to veer toward chaos and destruction…

Chloe sees anguish and despair lurking beneath the surface of Cai Matthews, the dark and dangerously handsome freelance photographer she meets on her first day in a new job. She can’t see straight in his presence—blinded by a blistering sexual attraction that has the potential to sweep her clean off her feet.

When Cai disappears from the workplace and doesn’t come back, Chloe tries to find out more about his life but all she knows is he’s set to inherit a ton of money and his aunt runs one of the most famous fashion magazines in the world.

Cai is running from a complicated past he doesn’t like talking about. Gossip columns rage with speculation concerning him and his aunt, who took guardianship of Cai after his parents died.

Conscientious journalist Chloe has a mind for details and once she gains access to his world, Cai realises she could undo every, single dirty little secret that he and his aunt have tried desperately to cover up. 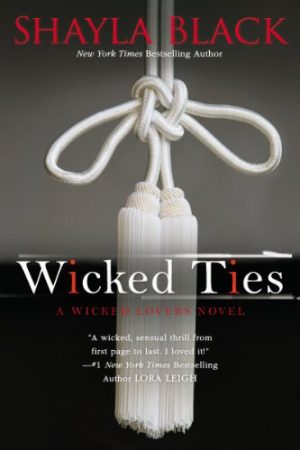 She didn’t know what she wanted…
Morgan O’Malley has seen a lot of kinky things as the hostess of a cable sex talk show. But she’s never met a man like Jack Cole before. A self-proclaimed dominant, he’s as alpha as a male can get—and good for Morgan to have around when an obsessed stalker ratchets up his attempts to get to her.

Until he made her beg for it.

Though Jack is a bodyguard, Morgan feels anything but safe in his presence because, slowly and seductively, Jack is bringing her deepest fantasies to the surface. And when he bends her to his will, what’s more shocking than her surrender is how much she enjoys it—and starts to crave his masterful touch. A willing player in Jack’s games, Morgan knows that his motives aren’t pure, but she has no idea how personal they are…