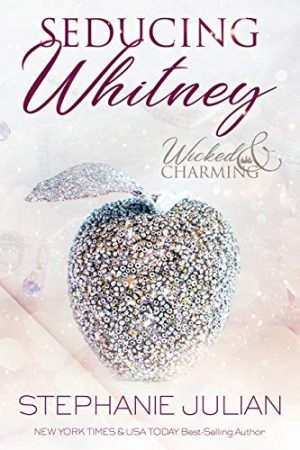 Sheltered heiress Whitney Snowden spent years trying to avoid her powerful father’s influence over her life. When he dies suddenly, she finds he had one final hand to play—either she steps in to run his empire or marry a man who will. Otherwise, her calculating stepmother gets everything. Whitney’s charitable foundation would be gone. She turns to the only men who have as much to lose as she does, her father’s righthand men. If Whitney is to outsmart her stepmother, she has to marry one of them. But she wants both.

Her heroes are wickedly charming…

Handsome. Sexy. Closer than brothers. Chase Noble and Ryan Delahunt have been groomed by Richard Snowden to run his company, not marry his daughter. But their mentor’s death rocks their world, and Whitney’s plan could be their salvation, if jealousy doesn’t get in the way. Chase and Ryan have both lusted after Whitney for years but inviting the beauty into their lives—and their bed—might put their relationship and the future of Snowden Enterprises at risk.

Can seducing Whitney help her discover the passion and strength to claim her own life? And her own loves?