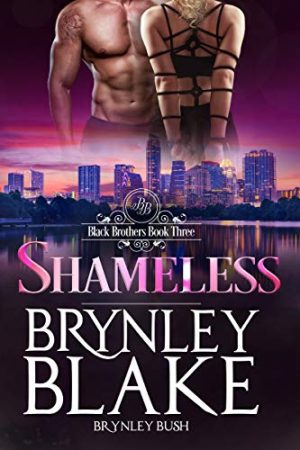 Sheltered good girl Victoria Raine has always wanted to be a little bad. Tired of living life safely on the sidelines, she summons the courage to forge a new path for herself and applies to the FBI, looking for adventure and something to fulfill her vague longing for something…more. She gets more than she bargained for with her first undercover assignment—posing as the girlfriend of country music’s bad boy, Drake Maddox, a lone wolf with a reputation for having singularly erotic tastes. Hoping to catch a serial killer that’s targeting women close to Drake, Tori’s job is to convince the public, and the killer, that she and the wickedly handsome superstar are an item.

Although their relationship is a sham, there’s nothing fake about the hidden desires the sexy as sin cowboy awakens in Tori. As the killer draws closer, Tori finds herself falling for the one man she can’t have.

***Shameless can be read as a stand alone novel, although each book in the series interconnects.***