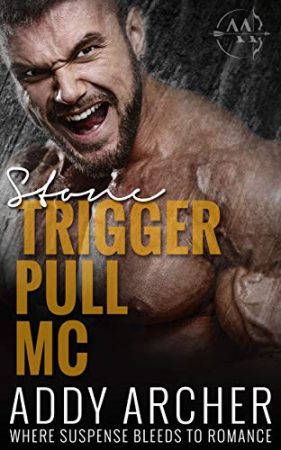 Rylee’s life would have ended the day she met Stone. You might say he’s the one who saved her. If only she can allow herself to see it that way too, since the turn of events makes her question everything and everyone.

Protecting an innocent while simultaneously dealing with an ulterior motive will never work out the way it’s supposed to. Not when Stone is fully invested and finally decides to grab hold of what’s right in front of him. He thought no woman had what it takes to be the president’s old lady. In the end, it all comes down to his ability to protect the woman who claimed his heart.

The moment you pull the trigger, there’s no stopping the bullet; all you can do is brace for impact. Collide with the world of Trigger Pull MC, where an encounter with a rugged biker will inevitably change your life.