You are here: Home / Archives for Annabeth Leong 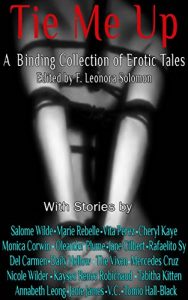 The 19 stories in this anthology do not fetishize bondage. Instead, Tie Me Up shows how couples explore it as a sexy romantic option–sexy underscored!

New and seasoned authors fill this anthology with steamy tales that will keep you tied up…unable to put this collection down! 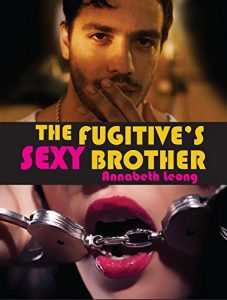 Emily Boysen is sick of low-level bounty hunting jobs that don’t pay her rent, and sick to death of her ex-boyfriend taking credit for her work. Ready to claim her due, she takes on the quarry of a lifetime, the notorious Fernando Benitez. But instead of the fugitive, she captures his sexy younger brother, Javier.

Javier Benitez never wanted to know the truth about his older brother’s activities, instead protecting him out of loyalty. When he uses his hacking skills to pose as Fernando, he never expects to uncover crimes he can’t stomach. Beautiful Emily has no idea how glad he is to be in her custody—as long as he’s her prisoner, he doesn’t have to face his brother.

Passion flares between Emily and Javier, and soon he’s putting the handcuffs on her. But suspicion grows along with their feelings. A sinister plot centers around Fernando, and untangling it will test their loyalties to the limit.

This work has been revised and updated since its original edition.

Get The Fugitive's Sexy Brother by Annabeth Leong at Amazon