You are here: Home / Archives for Carolyn Faulkner 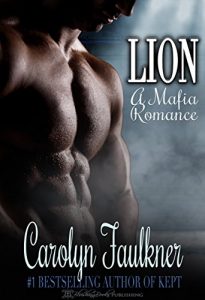 All Cecelia Franklin wanted out of this encounter was enough information to keep working on the novel she was writing, but she ended up getting a lot more than she bargained for.

She’d managed an incredible coup – she got a meeting with Nicolo Antonelli. They called him the lion, for his long, shoulder length hair – and his ruthless reputation.

Nico didn’t have much use for reporters or journalists, but a fiction writer? And a beautiful one at that, who seemed to show signs that she might have some of the same…interests he had? How could he not take advantage of that?

Publisher’s Disclaimer: A love story, completed by passion and discipline.

Get Lion by Carolyn Faulkner at Amazon
Get Audiobook 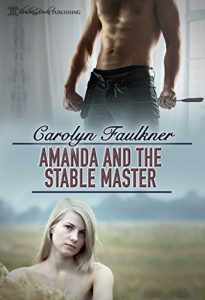 Carolyn Faulkner’s best-selling book is back! A “ponygirl” spanking story like no other.

Amanda is taken by the mysterious stable master to be turned into a ponygirl, one whose life is being trained to bit and harness, who lives only to serve her groomsmen. Mandy – a feisty businesswoman in her former life – needs strict training, as she fights the inevitable, tooth and nail. With a delicious juxtaposition of punishment along side of pampering and never-ending attention, she discovers her true sexual fantasy of submission, and eventually learns to love her new life as a ponygirl.

Publisher’s note: “Amanda and the Stable Master” contains capture fantasy as well as strict explicit punishment in sexual situations in a stable “ponygirl” setting. Do not purchase this book if these elements will offend you. Originally published as “Generation Stables.”

Get Amanda and the Stable Master by Carolyn Faulkner at Amazon 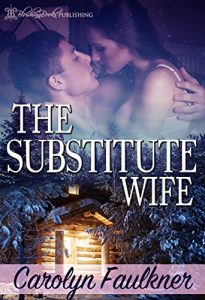 Her best friend was gone, and Andi Maurer was at a loss, but no more so than her best friend’s husband, Rory McClean.

Andi had promised Liz that she’d keep an eye out for Rory, just in case he decided to do something completely stupid, which she doubted, but if he did on her watch, she would never be able to forgive herself.

So when a blizzard was predicted on the anniversary of her death and she found out that he was headed up to their very remote cabin, she followed him there.

Just to make sure that he was okay.

She kept telling herself.

Not so that she could see him again, because watching him had become a bit of a pass time for her. Not because he made her feel things she knew she shouldn’t.

But because she knew that was what she should do, to fulfill her vow to her friend.

All Rory wanted was some time to mourn his wife by himself, in the cabin that they had made their own.

He hadn’t counted on a half-frozen visitor he ended up having to rescue, then take care of, instead of spending this time more than half in the bag and blissfully unthinking.

One who disturbed him more than he wanted to admit.

Get The Substitute Wife by Carolyn Faulkner at Amazon 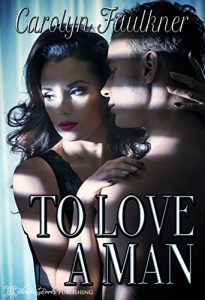 Two men, one woman – ended in heartbreak and disaster ten years ago. Is history about to repeat itself?

Nearly a decade ago, Ellie Blanchard’s loyalty to her friend, Carter, had been misunderstood by her lover, his brother, Cal Jennings. When Carter dies unexpectedly, Cal blames Ellie and breaks off the relationship, ruining her status in town and costing her the job that she loved. Refusing to turn tail and leave the area, Ellie endures the censure and stays put.

Now, Ellie’s friend Ashley has convinced her to attend the annual Summer BBQ and Charity Auction, which is held on the Jennings’ ranch. All the richest men and eligible bachelors will be there and Cal is not expected to attend. Unfortunately for Ellie, he does attend and causes a scene as he literally throws her out – in front of the entire town. As she limps down the long driveway to her car, carrying her broken heels and nursing a sprained ankle, Ellie bitterly realizes that not one person was willing to risk Cal’s wrath by coming to her assistance and Ashley is nowhere to be seen.

After several long minutes, Cal sends one of the security team after her, whether to make sure that she is all right or that she actually does leave, is unclear. Cruz Montoya is a fine specimen of a man and he sweeps Ellie off her feet – as he carries her to her car and drives her home where he administers first aid. They feel a mutual attraction and Ellie agrees to a date before he leaves to return to work.

But late that night Cal comes by and demands that Ellie let him in. He says that he doesn’t want anything to do with her, but he can’t seem to stay away. Ellie has finally found a man who interests her and is ready to date again – will Cal ruin it for her? 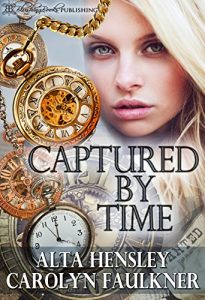 Cimmy Monroe has a fascination with the Old West that borders on obsession. She’s seen every Western ever made—and those with spankings in them more times than she could count. When she visits a ghost town in Arizona that has been turned into a living exhibit, she is in heaven.

But she doesn’t stay there long; awakening one morning to find a man in her room who seems to think it is the nineteenth century, that she is a lady of the evening, and who, she discovers quickly as bullets fly past her head, is a disgraced Texas Ranger who is on the run from the law himself.

It doesn’t take long for Cimmy to discover that she isn’t dreaming, she hasn’t lost her mind, but that she has indeed traveled back in time… to the year 1880, to be exact.

There is something about this odd woman that tickles Jude Buchanan’s mind. She isn’t like anyone he has ever met before, and although he found her asleep in the bed of a known prostitute, in the middle of a brothel, he knew from the get- go that she was special. And he immediately wants more, wanting to lay claim to her as his own, to bring her to those dizzying heights of lust and submission again and again, and to show her who is in charge when she needs it. Which, with such a stubborn wench, seems to be multiple times a day.

Get Captured by Time by Carolyn Faulkner, Alta Hensley at Amazon