You are here: Home / Archives for HOT 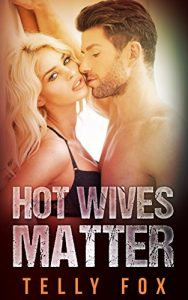 If a wife satisfies her husband in every way possible, in and out of the bedroom, shouldn’t she be satisfied too? Don’t her desires matter?

On the surface, Ted and his hot wife Brenda are a happily married couple who appear to have it all … but appearances can be deceiving.

Brenda is withholding a dirty secret from her past that could potentially disrupt their relationship.

Meanwhile, Ted has some secret desires and fantasies of his own that Brenda doesn’t know about.

Will Ted be able to set his ego aside and allow his wife to fully reach her sexual potential? And how is he going to react when he discovers that his wife is willing and able to explore all possibilities … her fantasies and his as well?

Get Hot Wives Matter by Telly Fox at Amazon 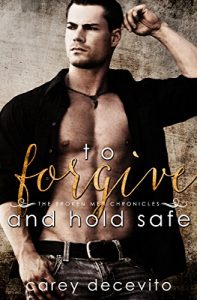 The lone survivor of a terrible night, where fate was so unkind, Ben Carpenter has resolved himself to a life of loneliness. After all, love has made him aware of only one thing – overwhelming misery – and he’d never go down that road again.

Submersing himself into running Fairfax and his side gig as a volunteer firefighter, he is shocked when envy suddenly takes hold as his best friend marries the love of his life. But before he can deal with the idea of reopening his heart to love, tragedy strikes again… just not for him.

As secrets of his wife’s betrayal come to light, Ben is faced with a new reality; and an opportunity to heal stares him straight in the face, in the form of Hannah.

Bonded by their similar losses, he begins to wonder…

Is there really such a thing as second chances? 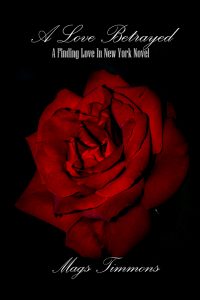 Jen and Paul have been together for seven months now and Paul never talks about his family or shows any inclination of wanting to introduce Jen to them. It started to get to Jen. It was nearing the Christmas holidays and Jen needed to make arrangements. She wanted to stay and share it with Paul—their first together. Paul is planning to go spend the holidays with his family in the Hamptons but he hasn’t asked if Jen would like to go with him. She tries asking him about his plans without making it sound as if she was hinting for an invitation. Jen was about to give up and make plans to fly home to Dublin when Paul finally asked if she wanted to go to the Hamptons with him. She’s overjoyed and doesn’t notice—or maybe she didn’t want to notice—how reluctant he is for her to go—or to have her meet his parents—until they arrive, and it was too late.
Jen discovers that Paul has kept her in the dark concerning his background. What will happen with full disclosure? And who is Cameron Hamilton? Is she just Paul’s sister’s friend or is Paul’s mother telling the truth when she says Paul and Cameron will eventually marry?
Because Paul has not been totally forthcoming, Jen becomes vulnerable and less sure of herself. She starts to doubt Pauls feelings for her. Although their attraction is still powerful and red hot, she can’t help but wonder what’s really going on with him and Cameron.
Is she being paranoid?
Can Paul really be so blind to the fact that Cameron is a manipulative bitch who will do anything to take him away from Jen. And she has the help of his mother and sister, who would love nothing better than to see Jen gone from his life and Cameron take her place.

Paul realizes that he should have been more honest with Jen from the start, but it wasn’t intentional on his part. He was just living his life the way he had since finishing college. When he met Jen he never deliberately lied to her about his background of wealth and privilege, it just wasn’t relevant. He was making a name for himself in the business world on his own merit, not because of who his family was.
It didn’t occur to him in the beginning that Jen would become so important to him. If he had known, maybe things wouldn’t have got so out of hand later in their relationship.

What happens when outside forces come between passionate lovers with lies and manipulation.

Get A Love Betrayed #3 at Amazon 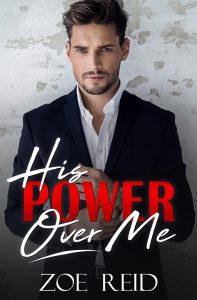 Power.
It’s addictive and misused, but not this time.
You see, I have it all.
A woman with a tight grip on everyone and everything.
Nothing can soften my blow or tame my fire.
Nothing but Nate. Oh God, Nate can so do it.
And I want him too. Badly.

Get His Power Over Me at Amazon 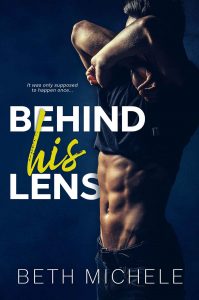 Jake Donovan was mine.

It was supposed to be a one-time thing. A birthday gift for sexy Willow. He wasn’t supposed to have this effect on me.

He wasn’t supposed to consume me.

He wasn’t supposed to touch me in places no other man had before.

And I wanted him to do it again.

Get Behind his Lens at Amazon