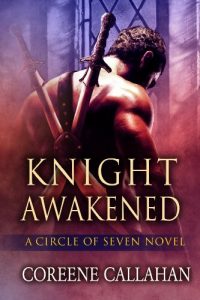 She married the king. She wanted the man.

Guinevere’s marriage to Arthur was a political partnership, never a romance. Merlin knows that the king’s court, newly restored at a medieval theme park, will only be complete if Arthur has his lady. Little did anyone suspect that once Guinevere gets a taste of twenty-first-century freedoms that this ancient queen would lose interest in belonging to any man—even a royal one.

It takes a dragon, and some passionate nights spent in each other’s arms, to lure her back to her husband’s side. Arthur is willing to accept Gwen’s help in protecting the new Camelot from a fae menace, but the bigger challenge will be wooing back Guinevere for a second chance at love…