You are here: Home / Archives for Lexi Archer 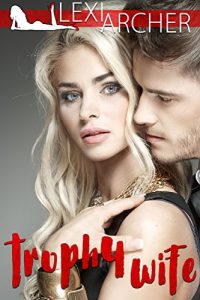 They were both hiding terrible secrets, but this newlywed couple is going to discover that the truth will set them on a path of unimaginable lust and passion!

Katrina was young, beautiful, and in love. Everyone said she only married Harry because of her money, but she knew the truth. Only she had a little problem. She’d never been faithful to any man she’d ever been with, and she was terrified what might happen when married life collided with her wild side!

Harry was on his second marriage. His first fell apart because of his unusual desires. Desires to see his wife in the arms of another man. Desires he’s kept secret to keep Katrina in his life. Only as they start their honeymoon he’s going to discover his blushing young bride is a lot wilder than he thought!

Get Trophy Wife by Lexi Archer at Amazon 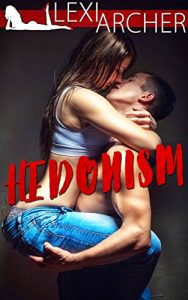 Hedonism. The most exclusive club in the city. Invitation only.

Edward and Anne just got an invite.

The invitation is a portal to a new world of riches, power, and passion, but sharing was never on their minds. The hot young married couple will find their vows tested as they discover a sizzling new world where monogamy isn’t all its cracked up to be.

Hedonism. One couple’s descent into the sexiest madness possible.

Get Hedonism by Lexi Archer at Amazon 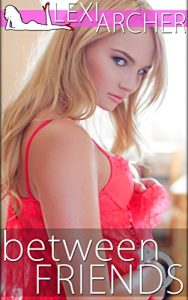 A weekend vacation with friends was almost ruined when Devin found his girlfriend Teresa in bed with another man.

Only friends help each other out, and married couple Trevor and Kirsten know just what Devin needs to forget about Teresa. A rebound!

It’s a weekend of simmering tension that will explode in the most scintillating way possible as best friends become lovers! Because it’s not cheating if you have permission!

A hot tale of two couples coming together and sharing told by Lexi Archer, author of your favorite books about women who stray and the men who love them for it!

Get Between Friends by Lexi Archer at Amazon