You are here: Home / Archives for Loki Renard 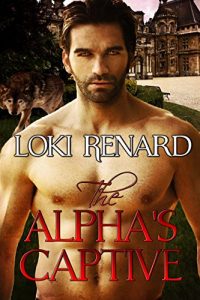 Hannah Wuster has always been fascinated by the mysterious diary left by her great, great aunt before she disappeared over a hundred years ago, and at the age of nineteen she sets out for the remote corner of England where her distant relative was last seen. Upon reaching her destination, Hannah is overwhelmed by the rugged beauty and primal power of the place, and before she knows it she has had way too many drinks in a village pub.

Lorcan Wallace has no patience for silly females out looking for adventure, and when a drunk American girl creates a disturbance in his local pub he takes matters into his own hands. Hannah is unceremoniously tossed over his shoulder and carried back to his nearby mansion to sleep off the alcohol before he teaches her a lesson she will never forget.

Upon waking up, Hannah faces first a stern scolding and then a painful, humiliating bare-bottom spanking from a darkly handsome giant of a man whose bold dominance sets her blood racing. The strict chastisement leaves her burning with desire, and after her punishment is over she surrenders herself willingly as Lorcan takes her long and hard.

Despite Lorcan’s warnings, however, it isn’t long before Hannah’s persistence in prying into the shadows of the past leads her to discover the truth about the man who punished and claimed her. Lorcan is not only a werewolf, he is the alpha of a pack, and now that she knows his secret he is left with no choice but to keep her as both his mate and his prisoner. Hannah cannot deny her body’s response to his savage lovemaking, but can she accept her new life as the alpha’s captive?

Get The Alpha's Captive by Loki Renard at Amazon 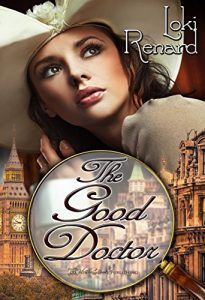 Mary Holmes is the youngest and most wayward daughter of Lord and Lady Holmes. A scandalous, though well bred young lady, she eschews the Victorian values of good society by living alone in London and supporting herself through a variety of nefarious enterprises, most notably as a consulting detective.

When a concerned family member sends strict ex-military doctor Watson to Mary’s door to check up on a simple cold, he discovers a wayward, headstrong brat of a woman who will not listen to sense or reason. All she will listen to is the flat of his palm applied sternly to her pretty bottom – a treatment he applies in short order.

One simple spanking will not bring the indomitable Mary Holmes to heel however, and Doctor Watson quickly finds himself following in Mary’s wake, attempting to subdue her to the useful and the good as she rampages through London, solving about as many crimes as she commits.

Doctor Watson soon realizes that this young lady needs more than a doctor. She needs a man who can spank her , chastise her, and make vigorous love to her afterward. He sets himself to all three tasks, taking the naughty young woman both in hand, over his knee and to his bed.

Mary is most responsive to his treatments, which leave her blushing, spent and sore, but Watson’s task turns out to be more complicated still. There is also Mary’s arch enemy to account for, the wicked Moira Moriarty – a woman who seeks to torment Mary and ultimately destroy the happiness she and the good doctor have found.

Can Doctor Watson keep Mary safe from both herself and Moriarty? Or will they fall prey to a scheme more twisted than either of them suspect?

Get The Good Doctor by Loki Renard at Amazon 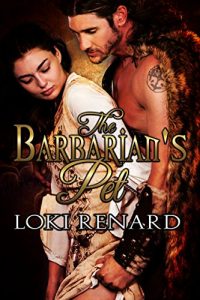 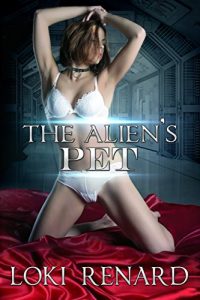 When an injured stranger breaks into her small-town veterinary clinic late at night and demands that she assist in treating his wounds, Serena Spiers knows right away that something is amiss. Though he is undoubtedly handsome, the intruder’s oddly colored eyes and extraordinary height leave no doubt in her mind that he is not of this world.

Seeking to escape her predicament, she treats his wounds and then does her best to discretely sedate him, but a tranquilizer shot proves far less effective than she had hoped. Her captor is none too pleased by her attempt at subterfuge, and before she knows it Serena is blushing crimson as she is held firmly across his muscular thighs, completely naked, while her bare bottom is soundly spanked.

Serena’s ordeal is just beginning, however. It turns out that her alien visitor is a high-ranking commander among his people, and when he realizes that the discovery of her encounter with him could put Serena in grave danger, he takes it upon himself to ensure her safety by bringing her along as he leaves Earth behind. But his people have very specific rules about transporting primitive species aboard their ships, and she will not be treated as his guest or even as his prisoner, but as his pet.

She will be expected to submit to him completely, and any defiance will earn her a painful, humiliating punishment. Yet despite her fury at the indignity of it all, Serena cannot help reacting with shameful, helpless arousal as she is stripped bare, thoroughly examined, and then claimed in any way her new master pleases, sometimes in full view of the ship’s crew. Can she learn to yield to the pleasure that results from his conquest of her body, or will she spend the entire voyage with her bottom sore both inside and out?

Get The Alien's Pet by Loki Renard at Amazon 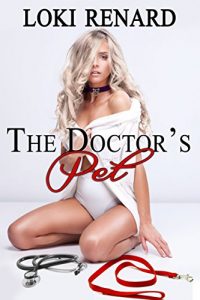 Tessa is sick and tired of working both day and night shifts at her nursing job in order to keep up with not only her own bills, but those of her wildly irresponsible little brother as well. To make matters worse, when she has the opportunity to interview with the tall, handsome new surgeon at St. Heaths, Dr. Kirk Saunders, she is so stressed that she ends up treating him disrespectfully.

Certain that she has blown her opportunity, Tessa is shocked when the doctor escorts her into his private office, bares her bottom, and gives her the first spanking of her life. During the painful, embarrassing punishment, Kirk informs her that if she is going to work under him, her insubordinate attitude isn’t going to be tolerated and she will be expected to submit to his guidance, control, and discipline.

The doctor’s firm hand and stern chastisement satisfy a deeply buried need that Tessa has long sought to hide even from herself, and before she knows it she is agreeing not only to work for him, but to accept his particular form of dominance outside of the office as well. After bringing her to his home, Kirk explains that he plans to train her to be his obedient, well-loved pet, and soon she is wearing a leash—and even more embarrassingly, a tail—and learning to do exactly as she is told. Though the entire arrangement leaves her blushing with shame, Kirk’s absolute command of her body also excites Tessa far beyond anything she has ever experienced.

But despite the pleasure and comfort Tessa finds in Kirk’s strong arms, her financial and family problems still exist, and she is convinced that telling him about her struggles will only cause him to leave her. When Kirk finds out that she has been lying to him, can he find a way to prove to Tessa that no matter how badly she behaves—and no matter how thorough and humiliating the resulting punishment may be—she will always be his cherished pet.

Get The Doctor's Pet by Loki Renard at Amazon