You are here: Home / Archives for Taboo 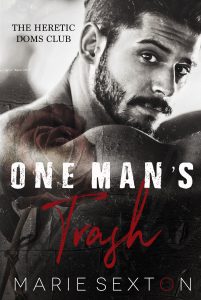 After four tours in Afghanistan, Warren Groves couldn’t settle into civilian life. For the last twelve years, he’s survived by working odd and often illegal jobs for some of Denver’s less fortunate. His personal life is equally unsatisfactory. He can barely remember the last time he had sex, let alone the last time he got to use somebody hard and rough, the way he likes. Fate intervenes when a favor for a friend leads him to a pretty young rentboy named Taylor Reynolds.

Taylor’s spent the last few years on his own, working as a hustler, going home with anybody who’ll give him a warm meal and a place to sleep. He enjoys having a bit of force used against him, and he makes Warren an offer he can’t refuse — all the sex he wants, as rough and dirty as he likes, in exchange for room and board.

At first, Warren thinks he’s struck gold. Taylor’s the perfect roommate — he cooks, he cleans, and he’s dynamite in the sack. But Taylor has some dark demons in his head and some even darker cravings. Falling for somebody as volatile as Taylor is dangerous enough, but when Taylor’s urges turn truly self-destructive, it’ll be up to Warren to decide just how far to let things go.

Get One Man's Trash at Amazon 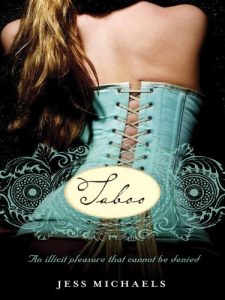 Every indiscretion has its price…

Cassandra Willows has made a name for herself as one of London’s most sought-after seamstresses—and as the creator of intimate “toys” much beloved in the bed chambers of elite ladies and lords. But her success cannot soothe her guilt and pain over a most devastating betrayal.

Nathan Manning, Earl of Blackhearth, will never forgive the exquisite Cassandra for abandoning him without a word on the day they were to elope. Now he is back in London and hungry for revenge. Armed with scandalous, provocative memories, the handsome, vengeful nobleman blackmails his former lover into a most illicit affair…and reignites the raging fire that once consumed them both.

Get Taboo (Albright Sisters Book 3) by Jess Michaels at Amazon 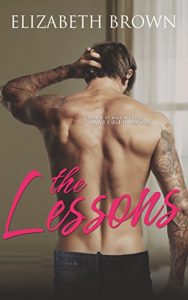 Question: What happens when a thirty-year-old virgin hires a sex therapist to take care of her “little problem”?

Answer: Lots of laughs and tons of heat. You’ll be left wanting a Dr. Ryan Andrews of your own.

Warning: This story contains mature humor, a lot of cursing, and of course, sexual situations. It’s intended for adult readers who enjoy that kind of thing.

Sexual Surrogate (Definition): A sexual surrogate, sometimes called a surrogate partner, is a member of a sex therapy team consisting of client(s), supervising therapist, and surrogate. Some couples attend sexual surrogacy sessions together, while some people (either single or in a couple) attend them alone. The surrogate engages in education and often intimate physical contact and/or sexual activity with clients to achieve a therapeutic goal. – Wikipedia

Standalone taboo romance told from dual POV with no cliffhanger. 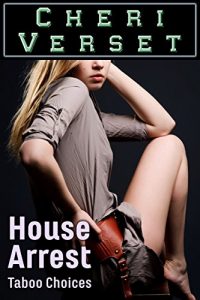 Is it wrong that I’m feeling something moist between my thighs?

This holiday weekend sucks. All my friends are gone and I’m left alone with my bad boy Chase. He’s under house arrest for grand theft auto. So I’m stuck with him. For three days.

But when I catch him pleasuring himself in my room with MY OWN panties, I realize something shocking: he has a thing for me!

Should I be disgusted by this incredible TABOO?

* This story is so wild that I can’t go into details here. Click the cover to check out the sample for the full juicy description! *

Get House Arrest: Taboo Choices by Cheri Verset at Amazon 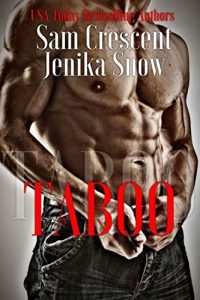 I’ve been a figure in her life for longer than I can even remember, and although I was married to her mother at one time, my feelings for Poppy have grown over the years. She’s smart and beautiful and knows what she wants in life. I shouldn’t want anything to do with her sexually: she’s much younger and we have a past. But I want her, and screw anyone that says I can’t have Poppy.

I should be ashamed that I jerk off thinking of her, that I can’t even get hard with another woman. But I’m not. I’ll have her, one way or another, and damn the consequences.

He was married to my mom at one point, been a person I’ve looked up to and respected. However, things have changed… I’ve changed. I shouldn’t want Alexei because of the history we share, but I’m an adult and have needs. And he’s the only man I’ve ever wanted.

This is wrong, taboo, but I am tired of being proper or appropriate when it comes to Alexei.

Get Taboo by Jenika Snow, Sam Crescent at Amazon