You are here: Home / Archives for Werewolves/Shape Shifters 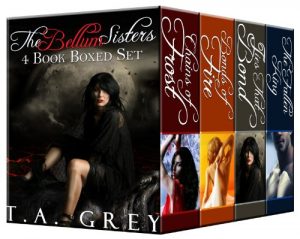 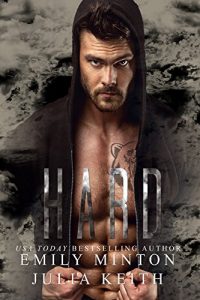 ***NO CLIFFHANGER. THE BEAR CHRONICLES OF WILLOW CREEK ARE WRITTEN SO THAT EACH INSTALLMENT IS A COMPLETE STORY AND CAN BE READ ALONE***

Eli Artair thought his cousin was crazy when he decided to marry a human. When he said he loved her only a few days later, Eli knew his cousin had totally lost his mind. There’s no way a shifter could fall in love so easily, especially with a human.
He changes his mind when he meets Liza…
Liza Calder thought her sister was crazy when she married a man sight unseen. When she called a few days later to say she was in love with her husband, Liza knew her sister had gone totally loco. No one can fall in love that fast, especially with a stranger.
She changes her mind when she meets Eli…
Can two people who don’t believe in love discover it in each other’s arms?

Get Hard (The Bear Chronicles of Willow Creek Book 2) by Emily Minton, Julia Keith at Amazon 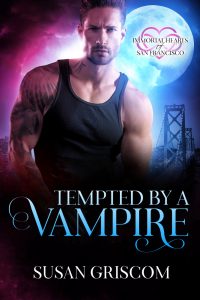 About Tempted by a Vampire

When your favorite rock star is a vampire …

Cian DeMarco is a talented musician—and a vampire. He’s content living the single life in San Francisco, playing with his band at Club Royal each weekend…until he meets a human woman he can’t resist. The scent of Magdalena’s blood has him completely undone, and he begins to question his felicitous existence when his desire for her grows out of control.

Magdalena De la Rosa and her best friend recently moved to San Francisco. She’s started a new job and is living in a gorgeous apartment. Everything is just the way she’s imagined… until she ends up at an up-scale nightclub and is suddenly swept off her feet by the sexy as sin lead singer of the house band.

A temptation they can’t resist leads to a future they never imagined as passion sizzles between the two until a threat from Cian’s past returns to wreak havoc on their lives.

Will their love outweigh the reality of what Cian must do to keep Magdalena safe?

Revised with added content for a more enhanced reading experience.

Get Tempted by a Vampire to start this sexy adventure today! 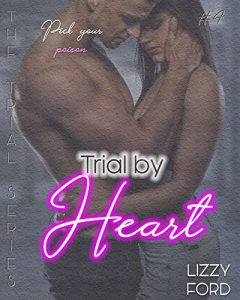 The secrets behind the Kingmaker Curse are starting to unravel. Leslie’s initial excitement about formulating a plan to break the curse plunges into devastation when she realizes the personal cost. Each candidate has had to sacrifice what he wants most in the world, and one of them will pay with his life.

Nothing can prepare her to learn one of the candidates is not who he claims to be. There’s a fourth player in the trials, whose presence has been felt but not seen, until now. The mastermind’s sole purpose in life is to save the Community – and her.

The curse begins its final phase of trying to possess her mind. Aided by the mastermind, Leslie fights for her life and those of the Community. No matter what, she’s only a Kingmaker for one more week. 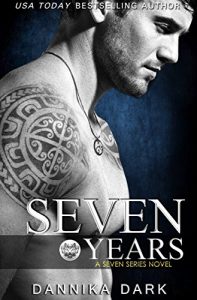 It’s been seven years since Lexi Knight lost her brother in a tragic accident. On the anniversary of his death, her brother’s best friend shows up unexpectedly – a man she hasn’t seen since the funeral. He is no longer the boy Lexi once knew, but a dangerous-looking man with tattoos and dark secrets. He broke her trust and abandoned her family, yet what he reveals makes it impossible to stay angry. Lexi has been secretly infatuated with Austin since childhood, so finding out he’s a Shifter just makes him sexier. Dammit.

Austin Cole has returned to the city where he grew up, and just in time. He’s lived a hard life these past seven years, and the shadows of his past are threatening to destroy Lexi’s family. It’s time that she learned the truth about her brother, but there is a shocking twist that Austin never saw coming. Now he must protect her family when her mother and sister wind up in mortal danger. Will Lexi learn to accept the truth about who he is, and can Austin salvage a relationship from the ruins of their past?