You are here: Home / Archives for Workplace Romance 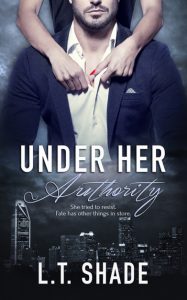 About Under Her Authority:

Sleeping with the enemy is never a good idea, especially when she’s your boss.

No one tells Shane Williams what to do. His world. His rules—which is why he ran away from home at eighteen to pursue his dream of making a name for himself outside of small-town Georgia. Ten years later, he is one of the hottest creative directors on the east coast and the majority shareholder in a digital media firm in Charlotte. Handing over the business portion of his company to his trusted friend and business partner and keeping his true identity as the founder a secret has its perks. But Shane is about to find out one of its flaws.

At the expense of her relationships, Rosemary Berkowitz has always done what it takes to succeed. Being a female leader in an all-boys tech field has made her tougher than nails. She may be a sweet country girl, but, underneath her innocent exterior, Rose is a boss with an iron fist. She never backs down from a challenge, and, when she wants something, she goes after it full force.

No matter how sexy his smile is, the attention of a tattooed bad boy is the last thing Rose wants. After a club outing with her best friend turns into a steamy night with a mysterious stranger, Rose wants nothing more than to move past her one-night stand—however amazing it was—and continue to mend her broken career. Little does Rose know that fate has other things in store.

Reader Advisory: This book contains some scenes of public sex.

END_OF_DOCUMENT_TOKEN_TO_BE_REPLACED 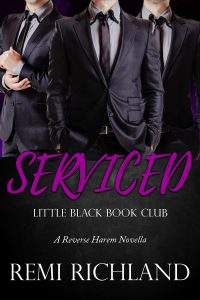 About Serviced: A Reverse Harem Novella:

Some days it’s hard being the boss.
No one knows that as well as Elizabeth Beckett. As the Event Coordinator for a prestigious Las Vegas hotel, Elizabeth burns the candle at both ends, making sure her guests are completely attended to. Taking care of others is what she excels at. The problem is that she never takes care of herself. In fact, she can’t even remember the last date she’s been on or the last time she just went out with friends and had a good time. For once, Elizabeth wants to know what it’s like to not have to do everything herself.
A chance encounter with a handsome stranger in an elevator.
A plain black business card with the promise of fulfilling your fantasy – whatever that might be.
The Little Black Book Club extends an offer so enticing she can’t turn it down.
For an entire day Elizabeth is no longer in charge. From sunup to sundown she is not to lift a finger – while having her every need taken care of by not one, but three different men.
So rigid. So disciplined. So repressed.
Can she handle giving up control and allow herself to be pampered?
It’s time for Elizabeth to get serviced.

END_OF_DOCUMENT_TOKEN_TO_BE_REPLACED 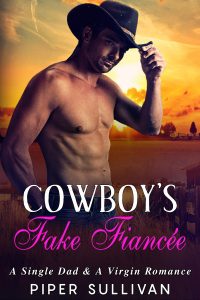 Mason Manning was the man of my dreams.
I wanted him. Needed him from the time I knew what real need was.
When he asked me to be his fiancée, I knew this would be my chance.
I was a virgin who could finally be with the man of my dreams.
But it was fake.
I’ll pretend he’s mine until he walks away…

Sage Winchester was my best friend’s kid sister.
Only she’s not a kid anymore. She’s all woman with big blue eyes, long shapely legs that look like a wet dream in painted on denim. I want her but I can’t have her.
When I needed a fake fiancée she’s the one I ask. It was just a little bit of pretending for a few months.
Until a hotel in Houston changed everything between us.
Now I can’t get enough of her even though I’ll never fall in love, never marry again.
A fake engagement. A fake fiancée. For an entire summer.

What could possibly go wrong?
Only everything…

Get Cowboy's Fake Fiancée at Amazon 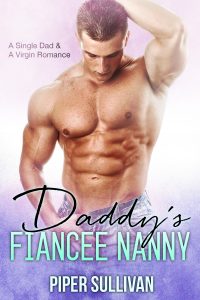 Prince Rafael
My wife is dead and now her parents are trying to take my child, my heir to the throne of Estamillo.
They say I’m not fit to be her father. They claim I am not providing a nurturing female presence as a single dad.
I will not give up my daughter. Never. She’s all I have left. And she secures the line of succession. My lawyer says I need a fiancée. And fast.
I have the perfect candidate. My daughter’s Nanny.

Harper
Pretending to be engaged to the man I love was hard…
Tall, dark and sexy, Rafael was perfect in every way. But he only saw me as the too-young Babysitter

Get Daddy’s Fiancée Nanny at Amazon 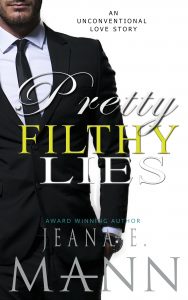 Ten years ago, I did a terrible thing. I sold my self-respect, my marriage, and my chances for happiness. What was the going rate? A check in the sum of one million dollars and a get-out-of-jail-free card for my delinquent brother. A decade later, I’m still single, my baby brother is back in jail, and the million dollars is gone. To make things worse, my ex-husband is back, he’s still angry, and he’s my new boss.

This is book two of a six book series on sale for 99 cents through May 22nd.