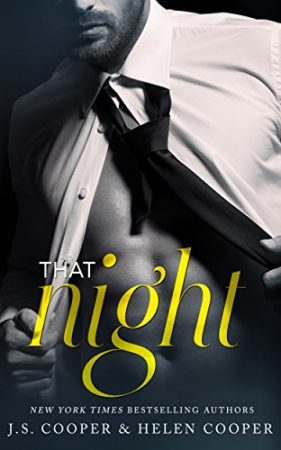 It was only supposed to be one night.

When Liv Taylor met a handsome stranger at a friend’s wedding, she decided to give in to temptation. It was lust at first site and when she followed the man she nicknamed Mr. Tongue into a room before the wedding ceremony, she experienced pleasure like she’d never experienced before. That was why she agreed to one night in his hotel room. One night of unbridled passion. That was all it was supposed to be. But then, her mystery man turned up after that night and his identity was no longer a mystery. It turns out that Liv’s one night stand is about to get a whole lot more complicated and she has no idea what she’s going to do. Because sometimes one night stands never end at one night.

Get That Night (One Night Stand Book 1) by J. S. Cooper, Helen Cooper at Amazon
Get Audiobook