You are here: Home / Book Format / Audiobook / THE MARRIAGE DIARIES by Erika Wilde 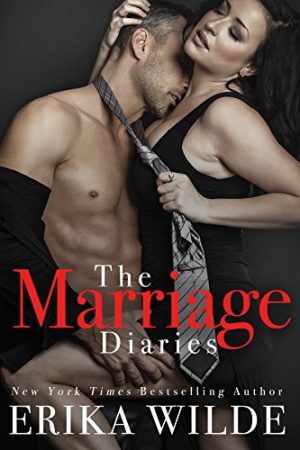 New York Times Bestselling Author Erika Wilde turns up the heat in THE MARRIAGE DIARIES, a sensual series about a married couple who take intimacy and passion to the extreme.

SEXY BEDROOM GAMES . . .
Even after nearly twenty years of marriage, Jillian Noble is still madly in love with her sexy-as-sin husband, Dean. But now that their two sons are grown and it’s just the two of them alone again, there’s something that Jillian wants from her husband. Something he’s been holding back since the day they met—the dominant man he rarely lets show.

Now she wants it all, and when Dean agrees to unleash his more assertive side, all bets are off as he introduces her to dark, forbidden desires that will change the course of their marriage.

Get THE MARRIAGE DIARIES by Erika Wilde at Amazon
Get Audiobook