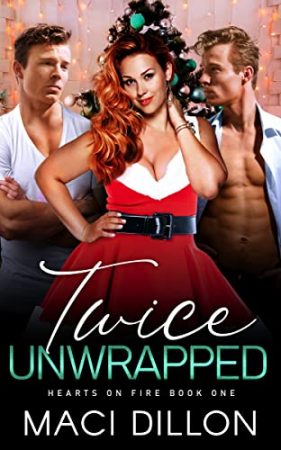 When best friend Elle Prescott sacrifices her family holiday to stay in the city, Jaynie is completely oblivious to the deal Elle has made with her cousins in return.

The Bass twins, Mason and Xander, had marked Jaynie as theirs, long before now. With the brothers confident they are the ones to pull Jaynie from her man-hating funk, they won’t stop until they’ve broken down her barriers, unwrapped her insecurities and rescued the little minx held captive.

Unable to ignore the lust cursing through her veins and unwilling to walk away, Jaynie is powerless to stop Mason’s panty-wetting seduction. Falling under his spell, Jaynie surrenders herself to a mind-blowing night of passion that promises to push her limits further than she ever thought possible.

When Xander walks in—a complete alpha male, his mere presence demanding her attention—Jaynie is shocked and embarrassed at the way her body immediately responds to him.