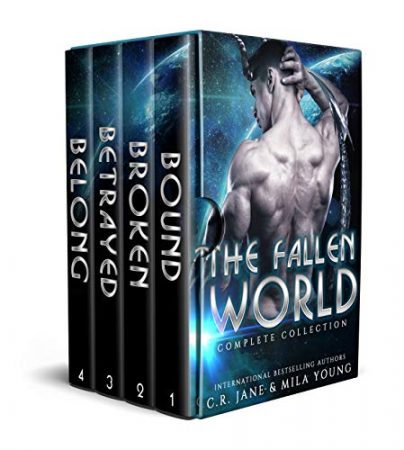 Three alien warriors. A human true mate. They are her darkest temptations, and her only salvation from the danger engulfing Earth.

800+ pages of alien romance that WILL make you crave your very own scorching hot protective warrior. Let yourself fall into this exciting, action-packed, and sizzling romance that will leave you breathless for more. Follows three aliens invading Earth to find their fated mate and save their own world.

The collection includes the following stories:

They came to earth. They destroyed my life, took those closest to me, and now they’re set on making me their own.

Their obsession will destroy me… One thing is for sure though…the Vepar are never going to let me go.

What happens when I find out that the three aliens might be the monsters I need to fear the most?

All I want is a happy ending, but things keep getting in the way of that…like the fate of a fallen world.

Get The Fallen World Complete Collection by C.R. Jane, Mila Young at Amazon 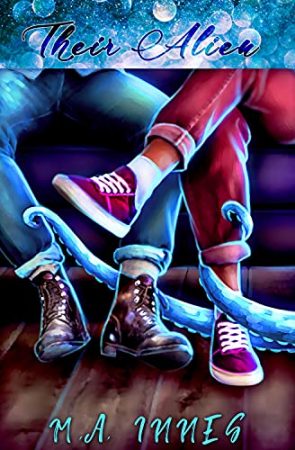 Taking chances isn’t one of Nolan’s strong suits…and neither is going after what he wants. But when his new friendship with Trip and Maverick shows him the courage he didn’t realize he had, he knows it’s time to confront his slightly uptight boyfriend, Reid, and go after what he’s always wanted…a Daddy.

When love and acceptance become a rock and a hard place, sometimes it takes a new perspective and a few tentacles to find the way forward.

**Author’s Note** While each story is about a different couple, the books in this series are best read in order.

Get Their Alien (The New Neighbors Book 3) by M.A. Innes at Amazon 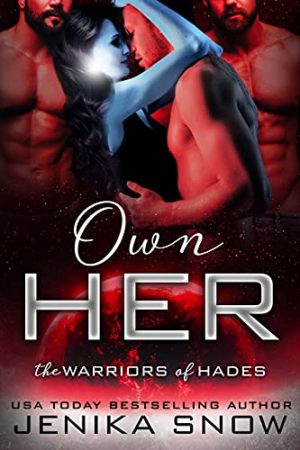 Mekenna’s life started off on the wrong foot as soon as she was born.

As the daughter of a servant, her path was already carved out. And because she was only half human, she was looked down upon due to her bi-species genetics.

But Mekenna kept her strength, not letting the awful hand she was dealt control or shape who she was.

Vicktor, Savastian, and Fillip were brothers from the planet of Hades, and known as fierce male alien warriors. Their species was known for their brutal and violent nature. They fought to survive, victorious in all they challenged.

And now it was time for them to find a female to share not only their life with, but also their bed.

The first time they saw Mekenna, they knew instantly she was the one.

They’d move heaven and hell to claim her. They’d level anything and anyone who thought to hurt her. And they’d make her see that no matter what, she’d be the most important thing in their world.

They just had to convince her of that.

*If you’re looking for straight-up sci-fi sm*t, where one woman gets to keep 3 sexy alpha aliens all to herself, look no further! *

READER NOTE: This story was previously published under the same title in February 2015. It has since been recovered, reedited, and minor plot points tweaked throughout. If you read this book before, nothing significant has changed. 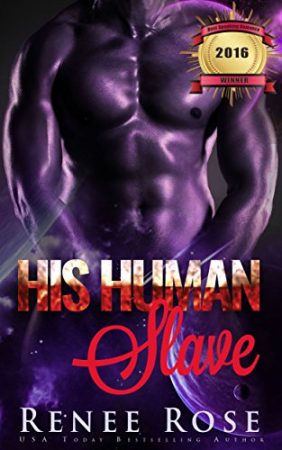 COLLARED AND CAGED, MY HUMAN SLAVE AWAITS HER TRAINING

Like all humans, she was born into galactic slavery.
I bought and paid for her, which means she’s mine now.
Mine to use.
Because according to our gene-matching program, she’ll produce the best offspring.
And our species is nearly extinct.

In the meantime, I must teach her to yield to my will, accept my discipline and serve me as her one true master. 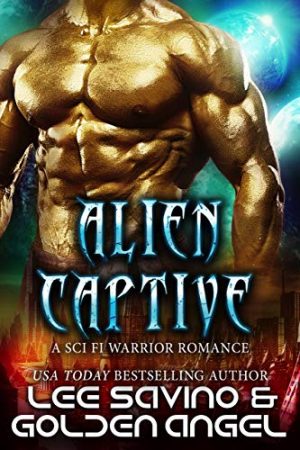 He’ll make me his perfect little pleasure trophy…
Who knew reading sexy alien abduction stories could get a girl into trouble?
Or that an e-reader could also be the gateway to another galaxy? I definitely didn’t… but here I am anyway, mated to the Tsenturion High Commander just like the unwilling human heroines in my favorite sci-fi romances.

The Commander demands obedience. He intends to claim me, train me, and turn me into his perfect little pleasure trophy.
He doesn’t believe in love. I don’t believe in giving in without a fight.

There’s no amount of discipline or ecstasy that could break me to his will… I hope.

Alien Captive is a hot alien abduction romance, starring one feisty human and the Tsenturion Warrior strong enough to master her.

Disclaimer: the authors are not responsible for any actual alien abductions that may result should you purchase this book. 😉