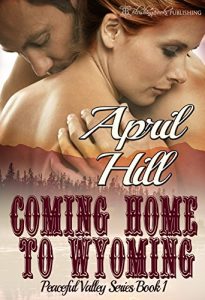 When former cavalry officer Griff Harper rescues an orphaned teenaged girl from a crabapple tree, he starts to feel responsible for her. That’s his first mistake. Then, he makes a few more mistakes—by taking her to her first restaurant, where she pockets the silverware, insults the waitress, and helps herself to the tip he leaves on the table. Next, he puts her up in a hotel where she eats the room receipts, and bails her out of jail after she bites the sheriff. Finally, he leaves her in the loving care of his dearest friends in the whole world—where she repays his kindness by stealing his horse.

At first, spanking a runaway orphan who’s already had a pretty hard life seems a bit unkind to Griff, but fortunately, he gets over that, and wallops the living daylights out of her—partly to teach her the error of her ways, and partly to let her know who’s actually in charge. Mostly, though, it’s because it feels damned good to blister the brat’s stubborn butt after everything she’s put him through.

Four years later, though, the rebellious brat turns up at Griff’s ranch—this time as a beautiful, educated young woman determined to complicate his life, again. Only this time, it’s his love life she’s out to complicate.