You are here: Home / Archives for Genre / Adventure 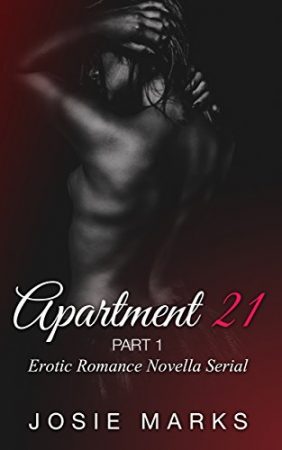 Sasha Scott had a rough year; she spent the last twelve months picking herself up, healing her scared past and patching the wounds. Understandably, when the opportunity of managing the sale of the stylish, up market apartment presents itself, she jumps straight to it.
The Grange Complex is located miles away from Edinburgh, in the middle of nowhere, with stunning sea views, a pool, gym and hundred acres of landscape gardens available at her disposal. All of this sounds like a dream, but no one has ever mentioned the arrogant, mouthy Scottish god that lives next door.
The problem is that Dexter isn’t just good looking, he is also a fist-clenching, heart-pounding, fervent, sizzling hot man, who makes her heart flutter uncontrollably.
She hates his guts.
With the talent, of melting women’s panties off at a glance, he thinks he can have Sasha too. Well, he couldn’t be more wrong. Sasha would rather eat dirt than sleep with him.
Dexter always takes what he needs. He wants to push Sasha until she breaks, desperate to figure out what is it about this girl that makes him want her so much.

Get Apartment 21, part 1 by Josie Marks at Amazon 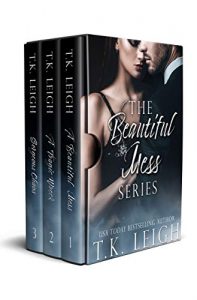 He’s a retired Navy SEAL who put his life on the line to protect his country. Now the only thing he cares about is protecting her.

Olivia Adler is a woman with a troubled past. For the past decade, she has remained unattached to anyone, men included… Until Alexander Burnham walks into her life one night and changes everything.

But he has demons of his own, ones that could turn her world upside-down.

Will Olivia allow Alexander close enough to protect her from a force threatening her very existence?
Or will she push him away and guard her heart instead?

Get The Beautiful Mess Series by T.K. Leigh at Amazon 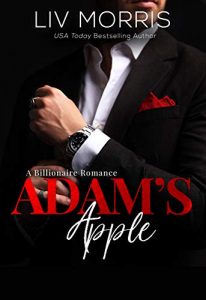 Adam Kingsley reigns as the young prince of Manhattan and the envy of Wall Street. Women swoon at his feet, money is no object, and his killer good looks are as wicked as sin. A dangerous trifecta that allows him to possess anything or anyone he desires.

Kathryn Delcour is an alluring socialite with unique tantric tastes. When she suddenly appears on the New York City social scene, Adam finds this complex woman too tempting to resist. He will stop at nothing to have her, yet she is warned to stay away from him and his player ways.

The lure of ancient sexual practices and a former business partner seeking a deadly revenge mix together in this steamy bestseller filled with secrets, seduction, and suspense. 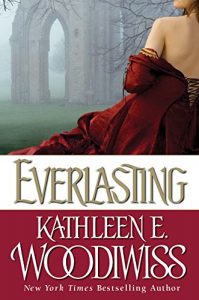 Once, Abrielle was a privileged daughter coveted for her bearing, her breeding, her wit, and her beauty. But when her stepfather is denied his rightful title and the wealth that accompanies it, Abrielle finds herself suddenly disgraced. Only one man would still have her: the oafish and grotesque Desmond de Marlé. To rescue her once-proud family’s honor, Abrielle must sacrifice her virtue to this scoundrel she fears and detests . . . even as she yearns for another lover.

Dashing, handsome, tall, and kind, Raven Seabern is quite unlike any man Abrielle has ever encountered. But their love can never be, for Abrielle is betrothed to a monster. And the well-being of everyone she cares for demands that she honor her promise. Still, Raven knows he has found the true one and must never let her go—though secrets, deceptions, dishonor, and unimaginable peril will surely be their fate if they follow the dictates of their hearts.

Get Everlasting by Kathleen E. Woodiwiss at Amazon
Get Audiobook 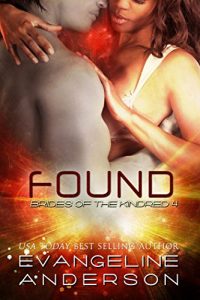 A warrior with a scarred heart who doesn’t know how to love. And the woman who must teach him how before it’s too late…

The son of the evil AllFather, Xairn is filled with conflicting emotions. On one hand, he has finally gained his freedom and cut the ties that bound him to his race and the sadistic male who is his father. But doing so has unleashed feelings in him Xairn would rather keep buried. Desires that he prayed would never manifest now rage through him and they are centered on one woman alone…

Lauren Jakes is the long lost cousin Liv and Sophie never knew they had. Abducted by the Scourge, she formed a connection with Xairn more meaningful than any other in his life. But though Lauren thinks she knows him, there is more to the huge Scourge warrior than she comprehends. A nightmare childhood and a cruel father have scarred Xairn’s heart almost past the point of healing. But that is nothing to the secret inside him—the forbidden desires coded into his very DNA itself, which urge him to commit unspeakable acts in order to sate his newly awakened hunger.

Now a conflict is brewing—both in Xairn’s soul, and aboard the Fathership where the twisted AllFather has hatched a new, malicious plot to bring his estranged son home. Can Xairn resist the brutal lust growing within him? Can he fight against his very nature which urges him to dominate and control any female he mates? Can Lauren heal his heart before the AllFather’s trap closes on both of them?
And can she teach him how to love before it’s too late?