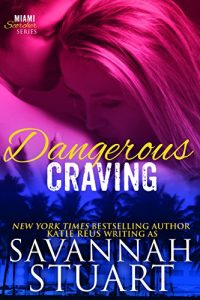 She has nowhere else to go…

A century ago, the only man Nissa ever loved turned his back on her when she needed him. Now that her life is in danger from one of her own kind, he may be her only hope for survival. As a full-blooded faerie and next in line to be queen, Nissa figures the last place anyone would think to look for her is with a pack of werewolves.

So she turns to the one man who broke her heart…

Werewolf Thomas Lazos knows he screwed up by letting Nissa go and he’s suffered the consequences for too long. Now that she’s finally back on the same continent, he shows her what she’s been missing all these years. The sex between them is as scorching as ever and the seductive faerie is still the only woman who makes him lose control in and out of the bedroom.

But who will protect her from him?

When he learns that someone wants her dead, Thomas will do whatever it takes to keep Nissa safe and finally claim what is rightfully his—her heart. But with an unknown enemy stalking her, it might be too late for a second chance.