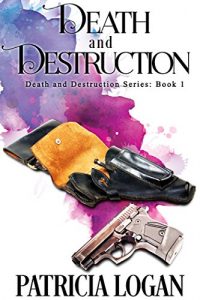 Forced to go into witness protection, ATF Special Agent Thayne Wolfe, is less than thrilled. The State’s Attorney needs him to testify against one of the most ruthless and notorious arms dealers in the world. Expecting boredom and lots of daytime television, he instead ends up with a ridiculous new job, a stupid new name, and the world’s most annoying shadow. Jarrett Evans, is nevertheless tasked with keeping Wolfe alive long enough to put Mills Lang and his crew away for the rest of their miserable lives.

Jarrett Evans, former Marine, has always been a free spirit, doing the dirty work for Uncle Sam whenever and wherever he’s needed. One of the best snipers in the world, Evans is at peace with the man he’s become. That doesn’t mean he’s ever liked the cold-blooded killer who stares back at him from the mirror every day. The moment he meets pretty boy Thayne Wolfe, things start a slow change and redemption begins to sound possible.

Mills Lang, the world’s most ruthless arms dealer, is little more than a serial killer in his own right. Rotting away in prison with nothing but time on his hands, Lang is determined to destroy the man he allowed into his inner circle. Thayne Wolfe will die in the most painful way… along with anyone he loves.