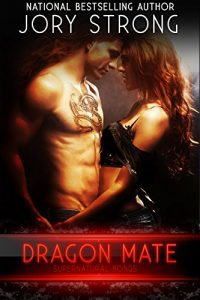 The younger members of dragon-kind might be foolish enough to allow their human mates the freedom to choose where they go and do as they please, but Kirill doesn’t plan to make the same mistake. As far as he’s concerned, his female belongs in his lair, nestled on a bed of gems preferably, or if she insists, allowed outside but never out of sight or any further than the boundaries of his territory.

Now that the time has arrived to claim her, he intends to go to the human world, collect is mate, and immediately return to the dragon realm with her. Unfortunately for him, Jazzlyn has other ideas. She’s also got a half-elf ally capable of ensuring that Kirill remains in the human realm long enough to discover that when it comes to claiming a human mate, passion rules and love can temper even a dragon’s nature.