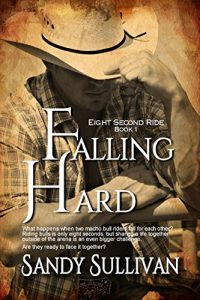 Meet two champion bull riders–macho, muscled Marlboro Men, confident, cocksure cowboys–from their struggle for survival in the rodeo arena, and 8 seconds of fame on the back of a 2000 lb bull to their most private encounters behind closed doors where their world is about to explode…

Levi Bond is a seasoned pro, competing for the World Championship. Bull riding is what gets his adrenaline pumping, his heart racing, and makes him feel like a million bucks. That, and the idea of getting it on with Curt Walsh, one of the up and coming stars of the bull riding circuit. Powerfully attracted, Curt’s confused and unsure which way he wants his life to go. Will Levi still be around, available and interested when the final decision is made?

Get set for a wild ride in this cowboy romance, sizzling with intense desire, unbridled passion, and unexpected emotion as Levi and Curt, drawn together like mega magnets, battle not only life threatening, white knuckled action in the arena, but cruelty and bias outside it. The prospect of falling in love is as terrifying as staying on the bull without it killing them!