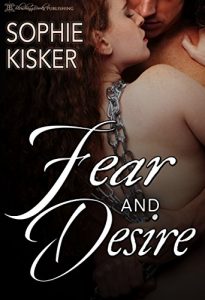 A woman taken, and the man who possesses her – it’s all a deception.

Dan Westbury, undercover in the most important investigation of his life, wonders if the frightened women looking up at him will ever be able to forgive him, or if his actions will haunt her – and him – for the rest of their lives. He’s done everything he can to keep them safe until the operation is over, but will it be enough when his underworld boss decides to pay a visit?

Laura Hurst is a childhood friend and the only light in his tortured existence. She longs for a relationship with Dan, but when he offers none, she contents herself with dreams of strong men who take control. Little does she know that her dreams are about to become nightmares. Because when a dangerous rival tries to distract Dan, his secret comes crashing into Laura’s life.

Now Laura and Dan must keep the secret and play their parts, knowing that revealing the truth before the end of this deception would have terrible consequences for them all. And as they move deeper into their roles, they experience a growing attraction that forces them to confront their own dark desires. When Dan’s boss decides to keep Laura for himself, she disappears.

Will Dan find her before their deception is revealed and the clock runs out?

This book is a romance, but sometimes the path to happily-ever-after can lead to dark places along the way.

Get Fear and Desire by Sophie Kisker at Amazon