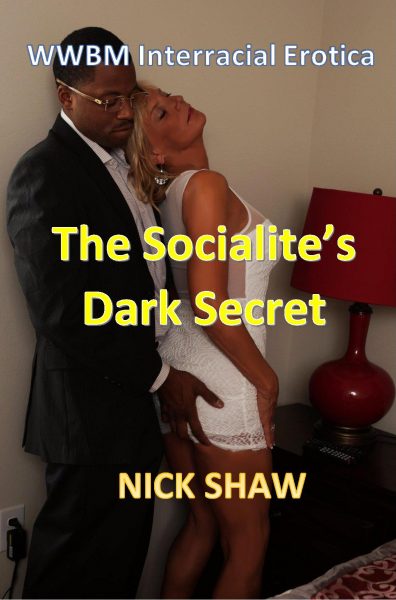 About Featured Book: The Socialite’s Dark Secret by Nick Shaw

This book was inspired by a real life shooting that took place in May 1980. The black president of the National Urban League was shot as he was getting out of the car of a 36-year white woman, Martha Coleman, at 2 a.m. in Fort Wayne. The story hit newspaper headlines.
Describing a similar incident, this fictional story captures the flavour of racial attitudes and interracial relationships in the 1970s when liaisons between white women and black men were frowned upon.
Karen Anderson, a white socialite, offers a lift to an African student. It awakens a hidden urge to try the exotic, setting her on a path leading to sexual liaisons with black men from the inner-city ghetto. When she spends a romantic night with a civil rights leader, she gets embroiled in a shooting scandal. The press hounds her. She goes into hiding. Only to be unwittingly snared into the services of a black pimp.
The theme of the story is of a woman who thinks that she has her life under control. A minor event leads to an uncontrollable obsession. It turns her life upside down. She makes choices. The choices make her the wrong woman at the wrong time and at the wrong place. How does she finally cope with the inner demons driving her to acts of sheer folly?
Read the book to find out more about this fascinating woman who dared to defy social mores of her time.