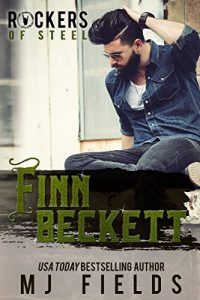 I walked through hell, some of it caused by myself. Things were torn away from me that I would never get back. Hearts were broken beyond repair. Then mayhem ensued, and I lost who I was.
Music was always part of it. Music almost killed me. It dragged me in, caught me up, and almost destroyed me. I lost who I was and became someone I never wanted to be.
Sex, drugs, and rock and roll. The release, the buzz, the electric guitar’s rage against all that was f’ed up in the world. It took me away and made me feel something when I was a soulless nothing … until the high wore off.
Music also brought me back.
I woke to a Zeppelin song, face down in my own vomit, next to a pile of coke and with three naked women at my feet. Disgusted with myself, disgusted with them, I walked, and I walked alone.
One chance meeting, a golden opportunity, a chance of a lifetime changed it all.
The sins of the past are behind me now. The day has finally come when I will walk onstage, not as an opening act, but as the act. Hours before my dream comes to fruition, though, I run into a girl, one f’ing girl, and I am back on the path of destruction

Get Finn Beckett: Rockers of Steel by MJ Fields at Amazon
Get Audiobook