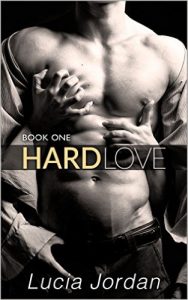 Chris Hawthorne had no idea he had a brother, until he discovered in his Father’s will a sizeable inheritance for someone named Mike Hawthorne. Chris, in shock, takes a flight straight to his newfound brother’s home, finding him in the midst of a family dinner. For the first time in his life, Chris feels awkward at a dinner table. These are the only living relatives he has; yet he doesn’t trust them enough to tell them why he’s there. He curses himself for making the irrational trip. He doesn’t belong there.

Then, Mike’s sister-in-law, Emma, joins them at the table. Chris knows he’s found more than his brother that evening. He’s found a submissive. He might just find his place at the diner table now. Because he wants Emma to belong to him.

Get Hard Love at Amazon